One of the most entertaining blogs I found in 2012 was Brain Pickings. The Guardian just interviewed its curator Maria Popova HERE.

The Brain Pickings style is that Popova will often take an obscure offline source - often old books - and posts high quality images plus her own commentary.

For example, Popova recently published a post drawing attention to An Anatomy of Inspiration by Rosamund Harding which was published in about 1942 . One of the quotations from the book that Popova oulls out, and which appeals to me, is the following;

"Originality depends on new and striking combinations of ideas. It is obvious therefore that the more a man knows the greater scope he has for arriving at striking combinations. And not only the more he knows about his own subject but the more he knows beyond it of other subjects. It is a fact that has not yet been sufficiently stressed that those persons who have risen to eminence in arts, letters or sciences have frequently possessed considerable knowledge of subjects outside their own sphere of activity."

In common with Data Deluge, Popova does not have any adverts on her site. For more Brain Pickings see HERE.

The image below is from  one of her recent posts on Isotype and Otto Neurath. 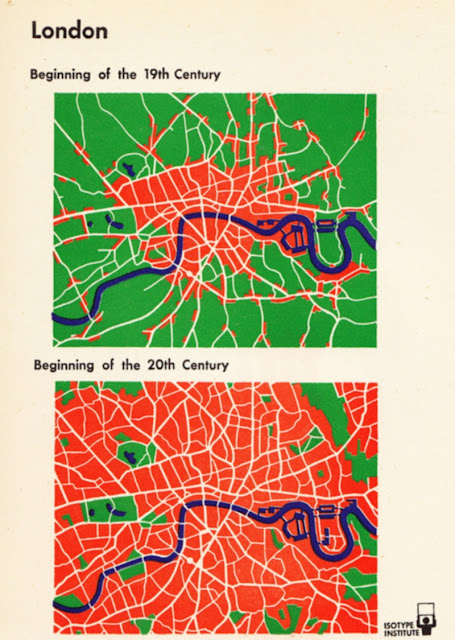