Innovation is a controlled chain reaction (2019) 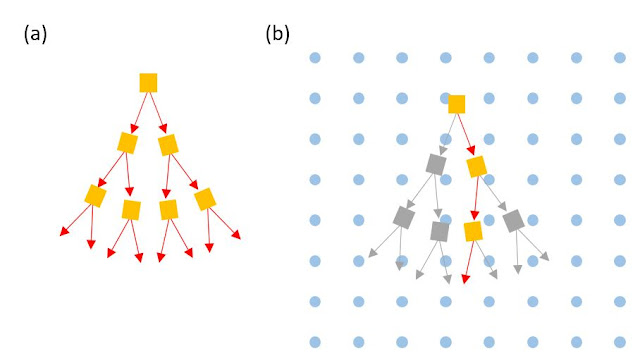 Innovation is a never ending cycle which started deep in our pre-history. It proceeds in a controlled chain reaction. The  fuel for this reaction is our instinctive need to tinker with what we find, and to share with others what we know. There are also factors which slow down this chain reaction. These include the energy needed to translate an idea or invention into an innovation, and the morass of human tradition.

(a) A simple chain reaction, where each yellow box spontaneously gives rise to two new boxes. Very rapidly, the number of new boxes completely fills the space. This is an uncontrolled, or explosive, chain reaction. (b) Here the same chain reaction interacts with a set of control factors. Where a reaction is inhibited (when an arrow crosses a blue circle) the chain of reactions on that path stops and is shown greyed out. The degree of control on the chain reaction can be altered by varying the spacing between the blue control circles. 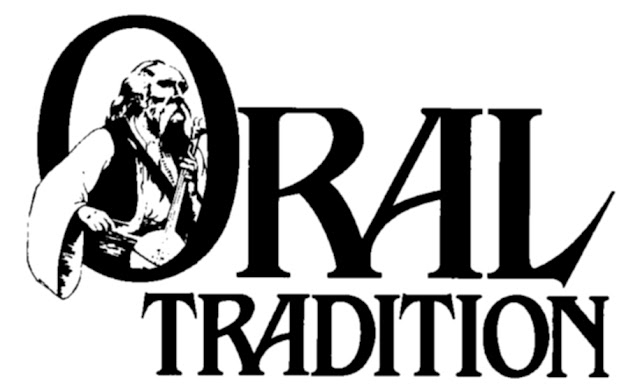 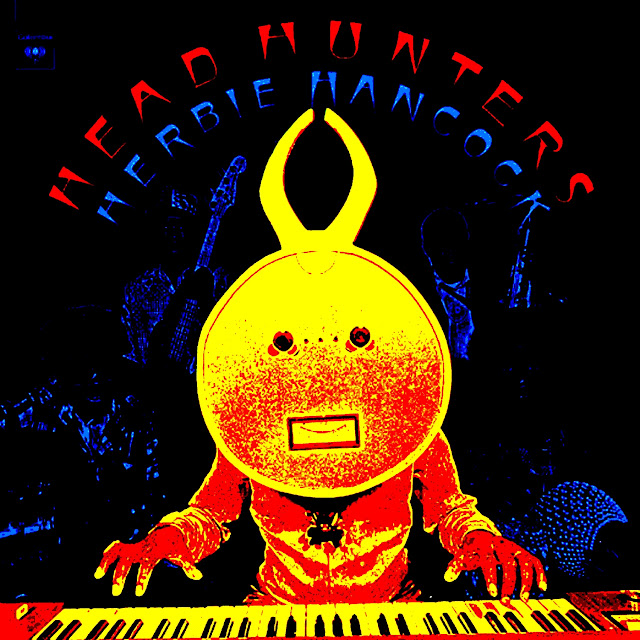 Herbie Hancock (b. 1940), is an outstanding jazz piano player. In 1973 he created a new direction for jazz, influenced by James Brown and Sly Stone. The album was Head Hunters. It had four long, outstanding tracks, Chameleon, Sly, Vein Melter and a re-working of Watermelon Man. I discovered Head Hunters in about 1976 and fell in love with it. In particular I loved the full 15 minute Chameleon - the bass line remains my favourite non-reggae bassline. Easily found and great to listen to.

Some nice write-ups HERE, HERE and HERE.
Posted by Matt at 20:03 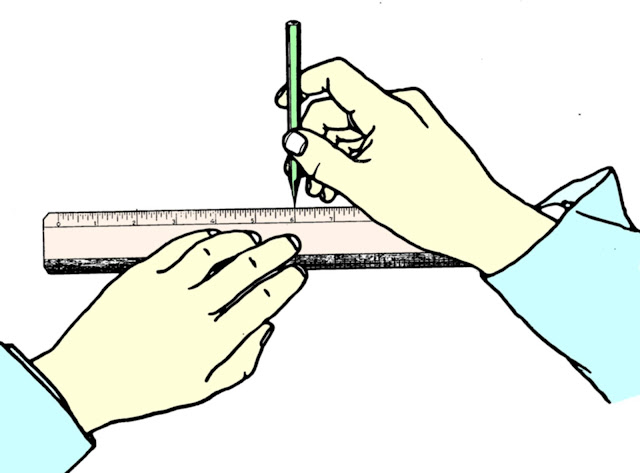 Newfoundland is at the end of the line... 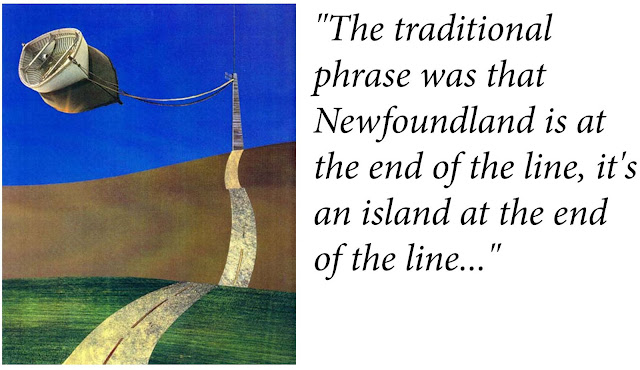 The Canadian pianist Glenn Gould famously made three one hour long "documentaries" for canadian radio  station CBC, which were then collected as the Solitude Trilogy.

The Inner Eye is a series of collages created by the Vancouver-based artist Joan McCrimmon Hebb as attempts to "...visually portray or interpret various underlying themes", explored by Gould in the Solitude Trilogy.

This image is associated with a short phrase from the second documentary, known as The Latecomers. Gould made this in 1969, and it described life in Newfoundland outports.

Milestones in the development of symbolic behaviour (2009) 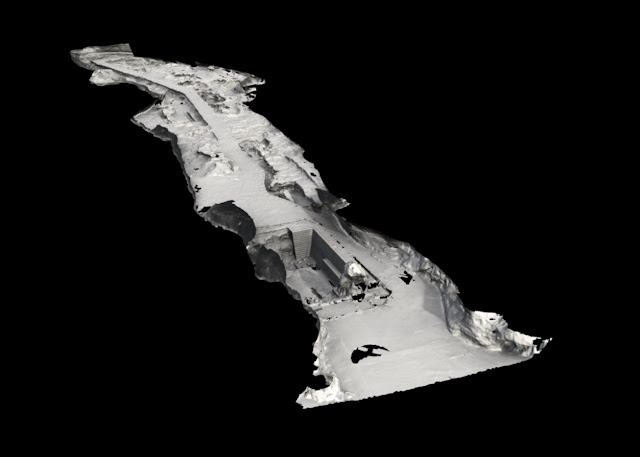 HERE is an excellent paper by two archeaologists, Michael Chazan & Liora Kolska Horwitz, which describes a large and complex cave structure called Wonderwerk Cave, in Northern Cape Province, South Africa. The cave has thick deposits which have built up over about 2 million years, and it has clear evidence of human symbolic activity dating from about 180,000 years ago up until the present day.

In the presence of ancient living beings... 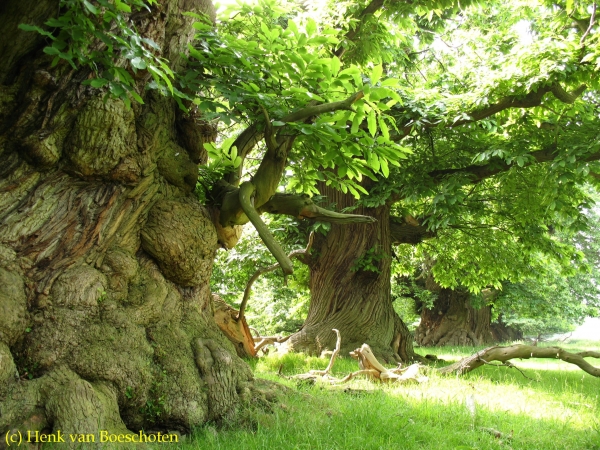 Last weekend I spent a few hours with my wife at Croft Castle in Herefordshire. This is a unique fortified house that has been occupied since 1066 by the Croft family. The views out from the house are over wooded hills and valleys towards the Brecon beacons.

At the castle is a long avenue of ancient sweet chesnut trees, at least four hundred years old. It is humbling to walk down the avenue past living beings which were planted about the same time that a leading renaissance explorer, mathematician and natural philosopher was observing the surface of the moon at Syon Park in West London (this observer was the Englishman Thomas Harriot who drew what he saw of the moon through his telescope a few months before Galileo used his telescope to look at the surface of the moon and record what he saw).