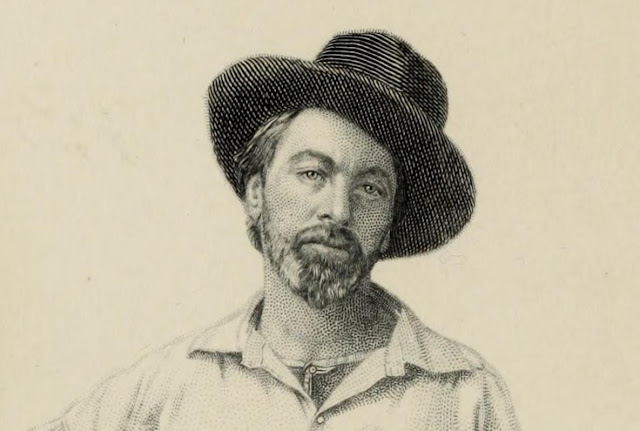 HERE is a great piece in the Paris Review on the digital literary scholarship that led to the discovery of a previously unknown Walt Whitman novel by Zachary Turpin. The article includes a fantastic three part categorisation of literary researchers into three types: the archive rats (These chain-smoking, type-A cranks entered an archival collection, knew precisely the evidence they needed, and did everything but ransack the place to find it); the curious browsers (laid-back dreamers with a loosely generalized notion about what they sought.) and the surgical strikers (Soulless but engineered for accuracy.) 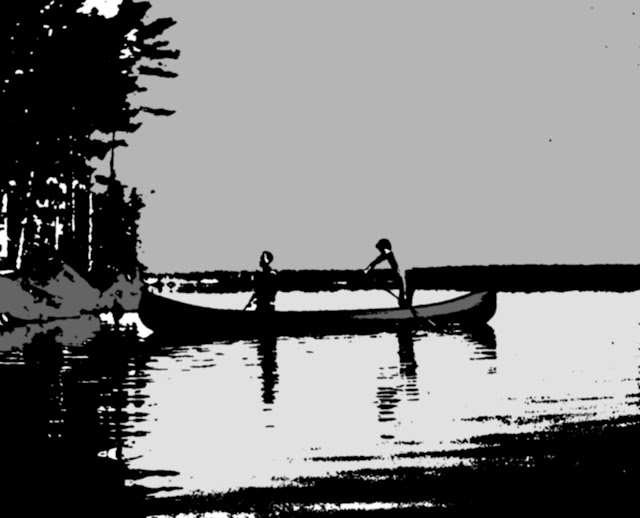 The Guardian has an extract from Phillip Pullman's new trilogy The Book of Dust (HERE). A treat in store for later this year.
Posted by Matt at 07:42 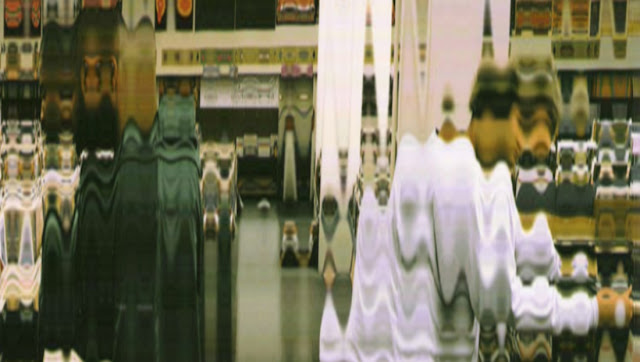 An interview in the Guardian with DJ Shadow on his sources of musical inspiration (HERE).
Posted by Matt at 19:30

The Drums are One Instrument. Drumset = You. 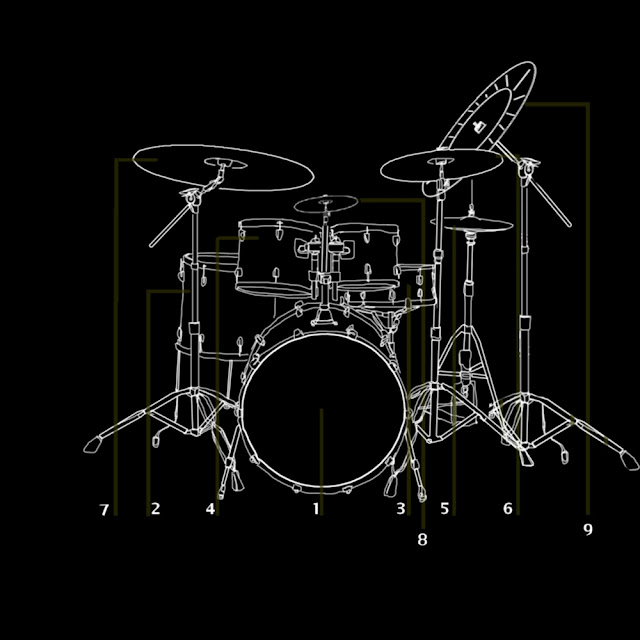 A great piece on drum handbooks in The Paris Review HERE.
Posted by Matt at 22:23

Python: An Ecosystem for Scientific Computing (2011)

This paper (HERE), makes a fairly compelling argument that the Python programming language, and the ecosytem that has developed over the past ten years around it, is now an excellent choice for general purpose professional scientific computing for real world applications.

After spending a few days trying to teach myself Python from scratch, and succeeding, I would agree.

Below. My Coding Life

1981
* I originally learned to write computer code on a Sinclair ZX81 in BASIC.

Then I had a nearly 15 year hiatus of next to no code writing (but dabbled with R).

* Now I have begun to understand Python.

Here is a pretty good introduction to scientific computing in Python by Robert Johansson. 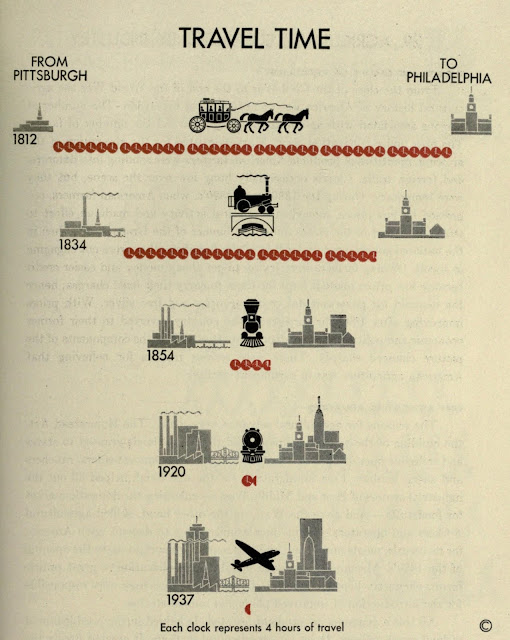 The United States: A Graphic History is a work in the economic history of the United States; but it is not written for the specialist or specifically for the class room. It has been prepared for the literate adult American in a vocabulary which, it is expected, will not be the despair of those who have not had university educations. Its text is brief - it is not more than 60, 000 worde in length. The visual aids employed, pictorial statistics in this case, are an intergral part of the book rather than simply as illustrative material. Mechanically, the book is everything one might wish; its type-faces are clear and easy to read; the book's bulk is not excessive; and its price is low.

The mechanism and graphic registration of the heart beat (1920) 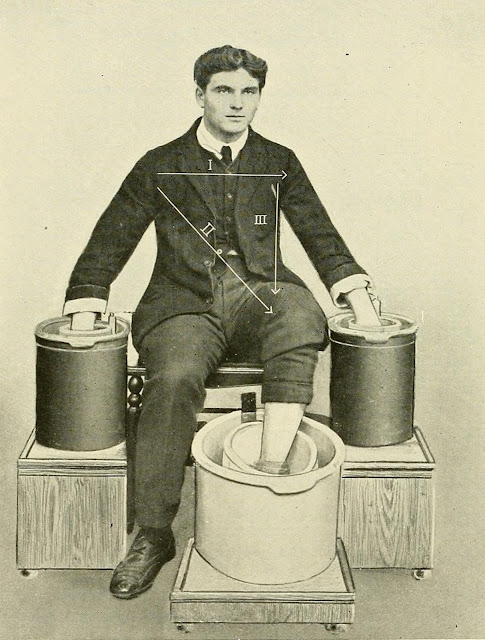 Figure 22: Photograph of a subject as connected for observation. The two arms and the left leg are used, and curves are taken from the three leads which are represented by the arrows drawn upon the figure. The zinc sulphate is placed in the outer vessels of the electrodes shown in this figure.

The Mechanism and Graphic Registration of the Heart Beat (1920) by Sir Lewis Thomas.

Figures and Descriptions of the Fishes of Japan (1911) 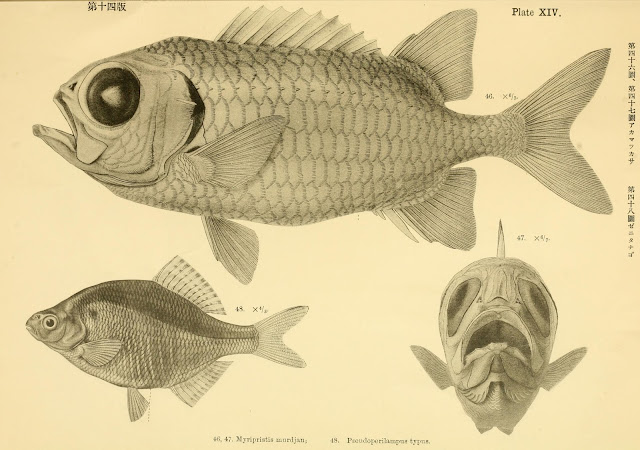 Figures and descriptions of the fishes of Japan : including Riukiu Islands, Bonin Islands, Formosa, Kurile Islands, Korea, and southern Sakhalin. By Shigeo Tanaka.

Makura Bridge over the Sumida River 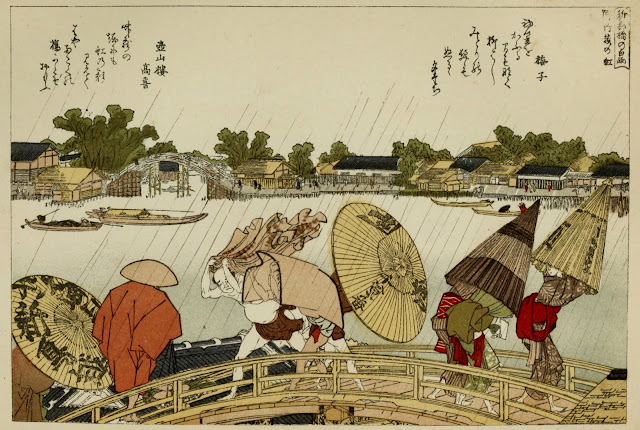