This year, just in time for Easter and the new Pope, there has been a lot of talk about the Shroud of Turin. There is a new TV show, book and now, thanks to the wonder of mobile technology, an app you can download so you can look at high resolution images of the shroud (more HERE).

Although the Turin Shroud is perhaps the most famous example, there is of course a long history of images of the face of Christ. I personally remain skeptical. 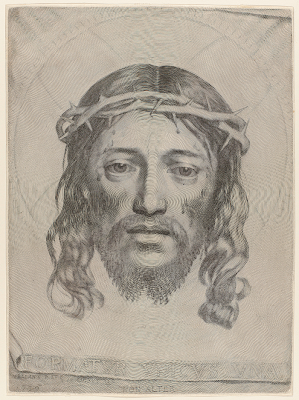 However, there is one particularly remarkable image of the face of Christ that even a skeptic can appreciate - it is an engraving created by the French engraver Claude Mellan (1598-1688). Mellan was known for his unusual technique that used parallel lines of varying thickness to create light and dark in the image rather than the more traditional engraving technique of cross hatching with lines of equal thickness.

The most famous of Mellan's engravings is an image of Christ's face known as the Sudarium of Saint Veronica, which was engraved by Mellan in 1649.

Below is a close up of the centre of the unfolding spiral. 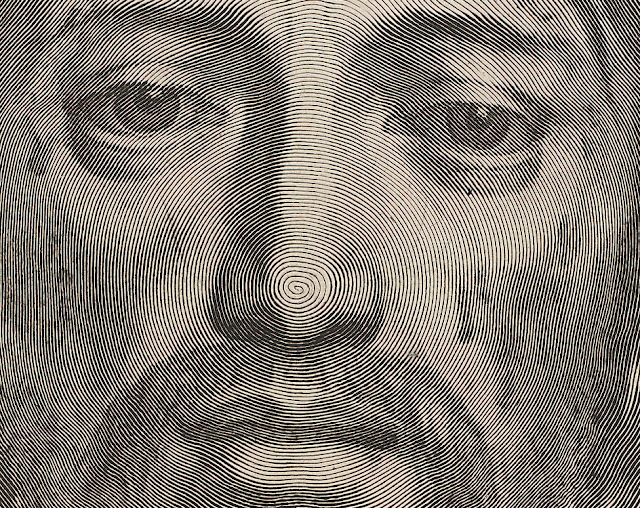 If best-selling albums had been books instead…


Christophe Gowans is a designer. One of the things he likes to do is take a classic record and re-imagine it as a book cover.

Below are some examples. For details see his site or go to HERE to buy postcard and print versions.

The Biographical Dictionary of Literary Failure

The site is currently working through its mission; "A celebration of writers who have achieved some measure of literary failure. Each week a short biography will be posted. After one year, they will all be deleted."

Currently BDLF  is up to number 51 - you have been warned - within a short time these biographies may have disappeared and you may well regret not having read them. It would be a great shame if they were deleted, not only are they funny they are very well written.

The author of BDLF is a certain C.D. Rose who has recently published with Unthank Books. 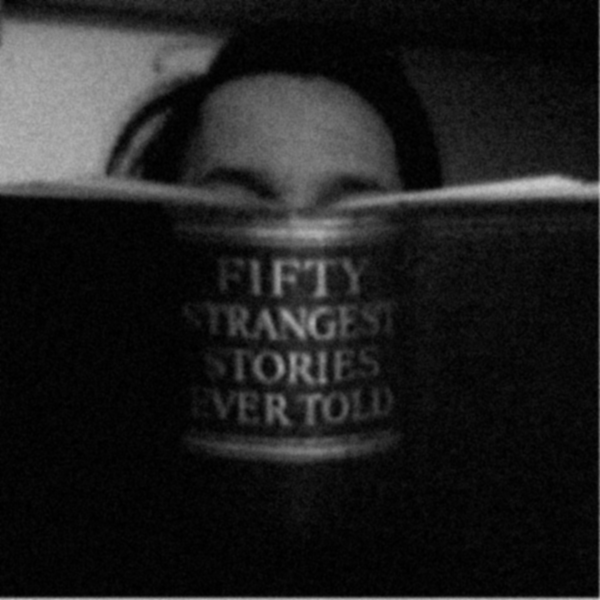 Visualising emotion is a tricky thing to do. The Grimace Project has created a technology to try and do this - it was developed by Thomas Fadrus, Oliver Spindler. Grimace helps to show you what emotions look like. One of their key inputs was Scott MCloud's book Making Comics.

The Grimace System was developed out of a degree project at the Technical University of Vienna. It can render human facial expressions, based on a mixture of 6 essential emotions: 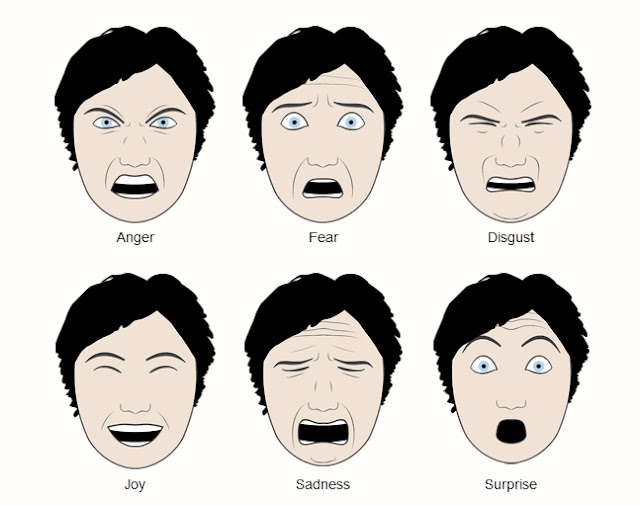 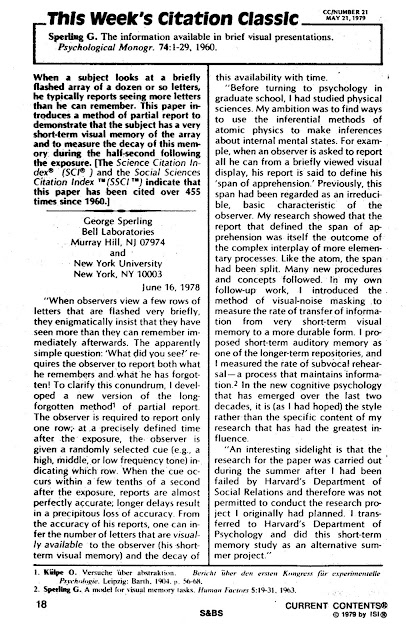 Gene Krupa caught in a Paradiddle or two

Gjon Mili (1904 – 1984) was an Albanian-American photographer. He collaborated with Harold Edgerton of MIT and used flash and strobe techniques in his work. He is  best known for the work he published in LIFE magazine including images of Pablo Picasso's light paintings.

Below is one of a series of images that Mili took of jazz drummer Gene Krupa in 1941.

Those interested in what Krupa is doing might want to check out Percussion Instruments and their History by James Blades from 1970 (HERE). 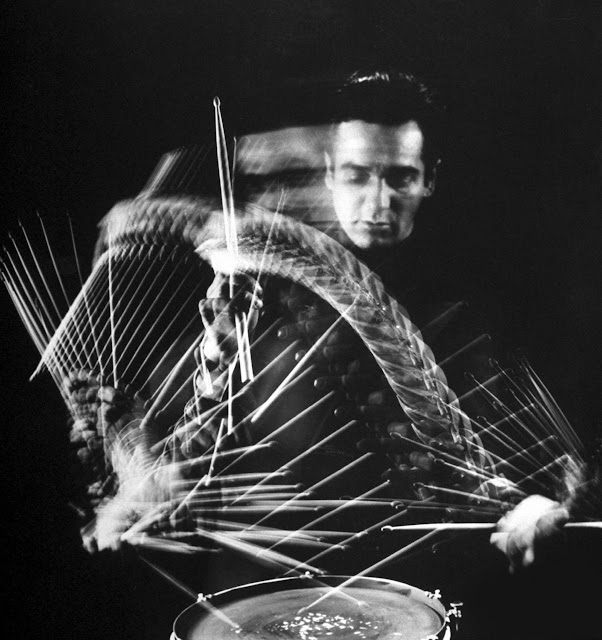 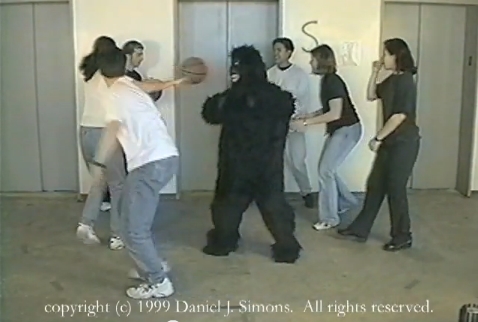 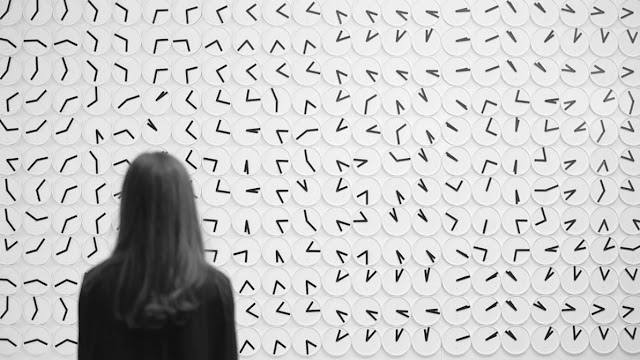 Here is a still from a clock based installation by Swedish design firm, Humans Since 1982. The video is worth seeing.