Swedish stamps with impossible figures made by the Swedish artist and art historian Oscar Reutersvärd (1915 – 2002),

A small multiple is a series of similar graphs, charts, or images, which have the same scale, shape, and axes. They are postage stamp like graphical elements arranged in such a way as to allow easy comparison.

According to Edward Tufte (Envisioning Information, 1990):

At the heart of quantitative reasoning is a single question: Compared to what? Small multiple designs, multivariate and data bountiful, answer directly by visually enforcing comparisons of changes, of the differences among objects, of the scope of alternatives. For a wide range of problems in data presentation, small multiples are the best design solution.

Above is a small multiple of some of the most recent images I have used on Data Deluge.  More than half of the images (~65%) are derived from copyright free images I have found on the Internet Archive using a Flickr search interface (HERE). This search interface does not deliver what you ask for - it creates wildly creative indirections. Typing in a given word may result in no hits at all, or it may create a wonderfully random selection of images.

As to the connection between the subject of the post and the image content - that is purely down to the way my mind works. Sometimes I want a literal connection - at other times I try and create an oblique visual metaphor. Almost always, I will edit the image for clarity, contrast, colour balance, and symmetry (this collection has examples of each of these). Sometimes I will make a image from a quote that I like - and here I will mix  some small graphical elements with a typographic treatment of font and layout. More rarely, I will create an image from scratch - and these are almost always completely abstract. 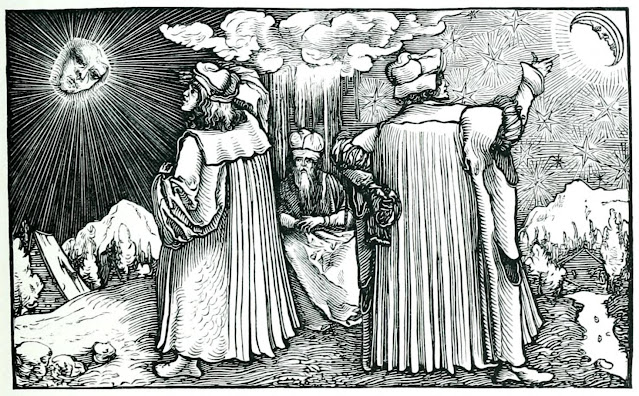 A wonderful essay in the Times Literary Supplement (HERE) by Graham Farmelo, about the 2020 Nobel prize winner Roger Penrose (b. 1931). Penrose won 1/2 of this years Physics prize, "for the discovery that black hole formation is a robust prediction of the general theory of relativity."

Farmelo's essay brings to life the human dimensions of Penrose's work and his style of thinking. It manages to convey to a lay reader like me, some sense of the wonderful intellectual challenges that theoretical physicists engage with every day.

Farmelo explains that, "As do all mathematically-minded researchers in physics, Penrose values above all beauty in a new theory, whether or not it appears at first to account for observations and measurements". In reference to String theory, a fashionable field in modern theoretical physics, Farmelo notes that, "..Penrose thought it was so horrible, and so ugly, that it made him feel ill".

Image: The Planetary Systems. A wood engraving attributed to Holbein in the German translation of the "Consolation of Philosophy" by Boethius, Augsburg edition, 1537. From  Science and literature in the Middle Ages and the Renaissance (1878). By Paul Lacroix Jacob. Bickers & Son, London. 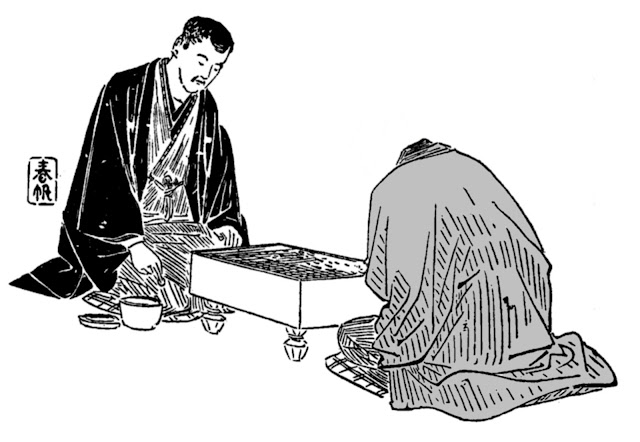 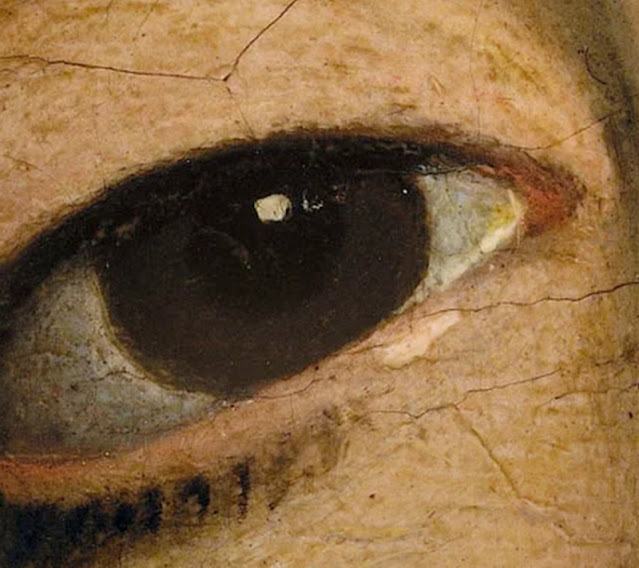 Desolation Peak is a mountain located in the North Cascade mountains in Washington state in the US. At the top of the peak is a fire lookout. Its most famous lookout was Jack Kerouac - who spent 63 days in the lookout in 1956 - and used the experience as material for Dharma Bums (1958) and Desolation Angels (1960).  Kerouac had been inspired to spend time as a lookout after meeting the poet Gary Snyder in San Francisco. Here is Kerouac's description of how he got there.

Now I was beginning to see the Cascades on the northeast horizon, unbelievable jags and twisted rock and snow-covered immensities, enough to make you gulp. The road ran right through the dreamy fertile valleys of the Stilaquamish [Stillaguamish] and the Skagit, rich butterfat valleys with farms and cows browsing under that tremendous background of snow-pure heaps. The further north I hitched the bigger the mountains got till I finally began to feel afraid. I got a ride from a fellow who looked like a bespectacled careful lawyer in a conservative car, but turned out that he was the famous Bat Lindstrom the hardtop racing champion and his conservative automobile had in it a souped-up motor that could make it go a hundred and seventy miles an hour ...

The fellows who picked me up were loggers, uranium prospectors, farmers, they drove me through the final big town of Skagit Valley, Sedro Woolley, a farming market town, and then out as the road got narrower and more curved among cliffs and the Skagit River, which we'd crossed on 99 as a dreaming belly river with meadows on both sides, was now a pure torrent of melted snow pouring narrow and fast between muddy snag shores. Cliffs began to appear on both sides. The snow-covered mountains themselves had disappeared, receded from my view, I couldn't see them any more but now I was beginning to feel them more.

HERE is a wonderful short film by Lindsay Hagen about Desolation Peak, and Jim Henterley, one of the fire watchmen who remains in service on the Desolation Peak lookout.

Diagrams are great because you can put anything in them. No wonder they have been so useful for generations of kooks, mystics, Cubists, ecstatic poetics, Dadaists, Futurists, and weird scientists. A diagram is a perfect visual schema for posing impossible things, invisible forces, enigmas like the future—all posed as perfectly plausible vectors. The diagram even outdid the camera as the early twentieth century’s best new thing because it could depict things in the universe that exceed the eye, like particles, waves, and quarks. A diagram’s scale is endless. It can indicate how dwarfed we are by the universe, or how busy the microscopic world is, all mapped out on the back of some envelope. Tides, black holes, white dwarfs, red rings around Saturn, crazy particles, the waves of the Big Bang, all teleporting around in unstable ways, all this stuff and how it interacts can appear equally on the diagram, democratically, like the pedestrians in Times Square or the people in a Saul Steinberg cartoon all walking around together. The diagram’s arms, its vectors, embrace everything at once. Parts are not distinct from wholes, and divisions between aesthetic formats don’t have to exist. Diagrams aren’t medium-specific: everything is a continuum; everything is relational. In this sense a diagram is utopic, showing how things should or might go, reenvisioning things expansively, not merely describing them categorically. It can include contradictory grammars, fragments, part-objects, nouns and verbs, acts and objects.

From an essay on diagrams in The Paris Review, by the artist Amy Sillman (HERE). 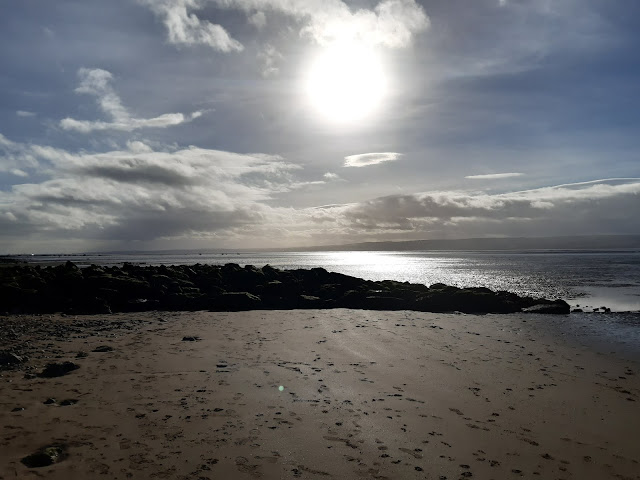 A beautiful November day - bright, mild, and with just enough of a breeze to taste the sea. 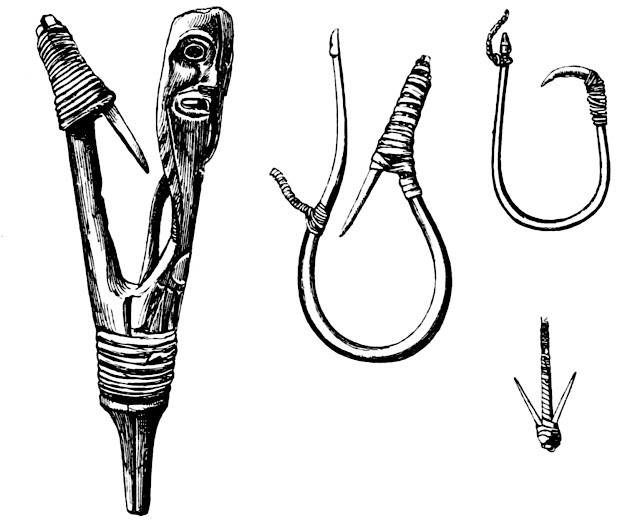 On page 282 of A Story as Sharp as a Knife Robert Bringhurst says: "The dugout and the paddle and the spear, the stone knife, shell knife, bow and arrow, deadfall, snare, and the fishhook, fishclub, fishing line and bone harpoon are working works of art, not the products of assembly lines and factories. No two such tools are the same. None, as a result, is just a tool, and none works by purely material means. In such a world, there are no dumb animals and no inert materials. Everything that is has ears and voices, and every word a human speaks is overheard".