In common with artists, laboratory scientists and field scientists, other people who seek to make contemporaneous records resort time and again to making a record of their observations in ink in a bound notebook.

The British police are no exception to this;

I cannot too strongly recommend every constable, however good he may fancy his memory to be, to write down word for word every syllable of every conversation in which an accused has taken part, and of every statement made to him by an accused person, and have that written memorandum with him at the trial. 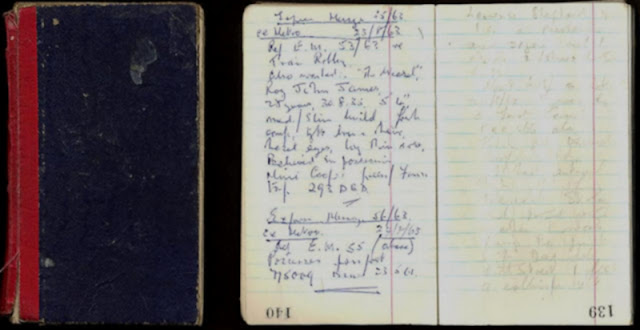