All things are made of atoms

At the heart of modern physics is the atomic hypothesis, the simple notion that the universe is fundamentally granular.

If, in some cataclysm, all scientific knowledge were to be destroyed, and only one sentence passed on to the next generation of creatures, what statement would contain the most information in the fewest words? I believe it is the atomic hypothesis (or atomic fact, or whatever you wish to call it) that all things are made of atoms — little particles that move around in perpetual motion, attracting each other when they are a little distance apart, but repelling upon being squeezed into one another. In that one sentence you will see an enormous amount of information about the world, if just a little imagination and thinking are applied.

All things are made of atoms. Tiny particles that humans are unable to directly experience. Although we cannot see, hear, smell or feel individual atoms, there is abundant scientific evidence that they exist. After nearly two hundred years of experimental testing, the atomic hypothesis hasn't been falsified. Informally, many scientists would probably think of the atomic hypothesis as a fact.  Still, the idea remains counter intuitive. Matter does not readily reveal it's fundamental granularity. What we actually see and feel everyday is a continuous world.


One of the people who took seriously the challenge of experimentally investigating the atomic hypothesis was the French scientist Jean Perrin (1870 – 1942). Perrin studied Brownian motion of minute particles suspended in liquids. His work verified Einstein’s theoretical explanation of this phenomenon.  It confirmed the atomic nature of matter and he won the Nobel Prize for Physics in 1926.

The figure below is a classic experimental image obtained by Perrin. The original text describing his observations is below;

The figure here reproduced shows three drawings obtained by tracing the segments which join the consecutive positions of the same granules of mastic at intervals of 30 seconds. It is the half of the mean square of such segments which verifies the formula of Einstein. One of these drawings shows 50 consecutive positions of the same granule. They only give a very feeble idea of the prodigiously entangled character of the real trajectory. If the positions were indicated second to second, each of these rectilinear segments would be replaced by a polygonal contour of 30 sides, relatively as complicated as the drawing here reproduced, and so on. 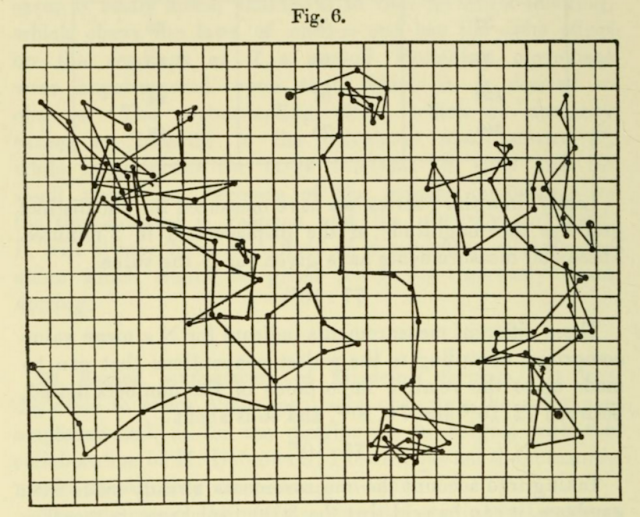 The Guardian has a really good piece HERE on David Attenboroughs collection of Edwards Lear lithographs of birds. 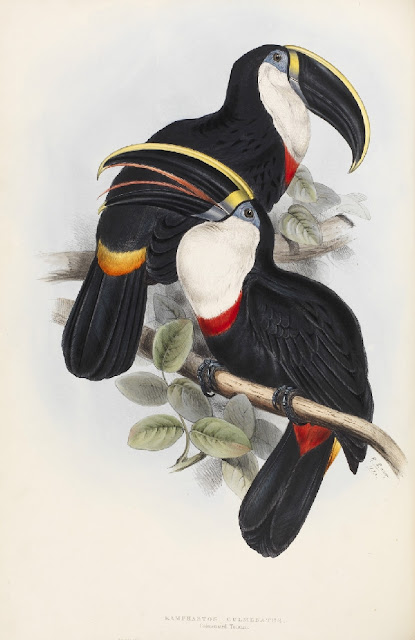 Culmenated Toucan (Raphastos culmenatus) from John Gould FRS, A Monograph of the Ramphastidæ, or Family of Toucans (London, 1834)
© The Royal Society
Posted by Matt at 21:34

One of the most thought provoking pieces I have read about Big Data is by Sandy Pentland HERE on the Edge website.

The first few paragraphs of this piece;

I  believe  that  the  power  of  Big  Data  is  that  it  is  information  about  people's  behavior  instead  of information about their beliefs.

It's about the behavior of customers, employees, and prospects for your new business.

This sort of Big Data comes from things like location data off of your cell phone or credit card, it's the little data breadcrumbs that you leave behind you as you move around in the world.

What those breadcrumbs tell is the story of your life.

It tells what you've chosen to do.

That's very different than what you put on Facebook.

What you put on Facebook is what you would like to tell people, edited according to the standards of the day.

Who you actually are is determined by where you spend time, and which things you buy.

Big data is increasingly about real behavior, and by analyzing this sort of data, scientists can tell an enormous amount about you.

They can tell whether you are the sort of person who will pay back loans.

They can tell you if you're likely to get diabetes

They can do this because the sort of person you are is largely determined by your social context, so if I can  see  some  of  your  behaviors,  I  can  infer  the  rest,  just  by  comparing  you  to  the  people  in  your crowd.

For more on the Trail of Breadcrumbs see HERE
Posted by Matt at 09:55

HERE is a great piece of science. A poster describing an fMRI study of a dead salmon. It serves as a warning for all those scientists who use fMRI that many of the statistical methods they use routinely are fraught with real problems. HERE is a great 40 minute video about the lifes work of German born designer Inge Druckery. 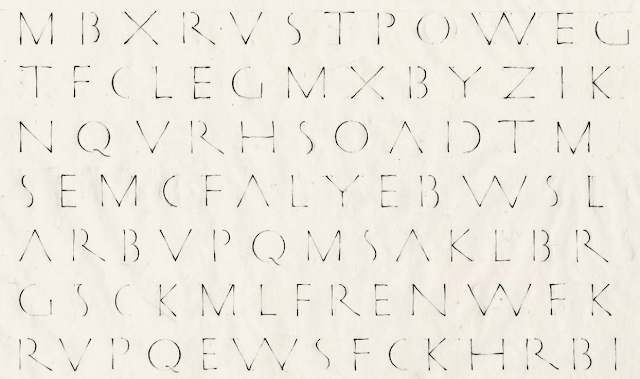 Alfred Lukyanovich Yarbus (1914 -1986) was a Russian psychologist who made a number of seminal studies of eye movements. Many of his most interesting results were published in a book, translated into English and published in 1967 as Eye Movements and Vision. [1]  This book is now out of print but you can find PDF copies to download.

I first saw some of Yarbus' data about 13 years ago as scratchy black and white scans from the book.

One of the most compelling of Yarbus' experiments was an eye-tracking study he performed where he asked subjects to look at a reproduction of a Russion oil painting An Unexpected Visitor painted by Ilya Repin in 1884.

Yarbus asked the subjects to look at the same picture in a number of different ways, including; [1] examine the painting freely. [2] estimate the material circumstances of the family. [3] assess the ages of the characters [4] determine the activities of the family prior to the visitor’s arrival. [5] remember the characters’ clothes. And [6] surmise how long the visitor had been away from the family. What is brilliant is that the eye-tracking traces recorded by Yarbus showed that the subjects visually interrogate the picture in a completely different way depending on what they want to get from it.

Cabinet Magazine (Issue 30 The Underground Summer 2008) has a piece by Sasha Archibald called Ways of Seeing that takes the original eye-tracking traces from Yarbus' book and superposes them on a colour reproduction of the painting. This is the first time I have seen this done. The originals in the book by Yarbus are disembodied eye-tracking traces laid out near to, but not overlaying, the reproduction of the Repin painting.

These new overlays by Archibald are worth comparing. Here is (left) the original image (middle) free examination and (right) what the subject did when asked to estimate the material circumstances of the family. 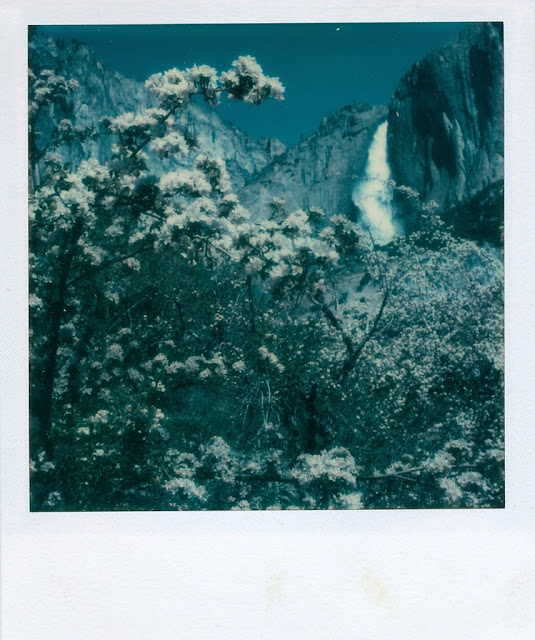