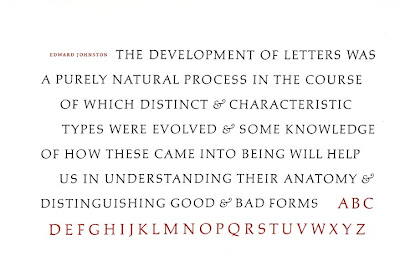 Here is a case study describing how Tom Christensen created a museum exhibition catalogue in four weeks. The exhibition was Masters of Bamboo at the Asian Art museum of San Francisco.
Below is a collection of images from the study.

The book is here and an example is below; 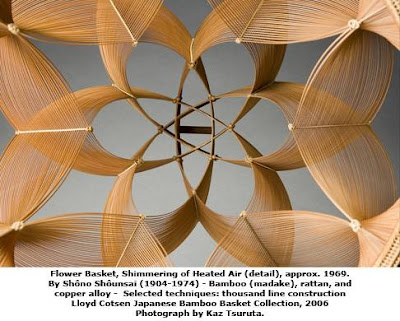 Here is a link to Alphabet Stories. A Chronicle of Technical Developments [2nd edition] by Hermann Zapf.
And here is an image from the book showing one of Zapf's annotated proofs of Optima. 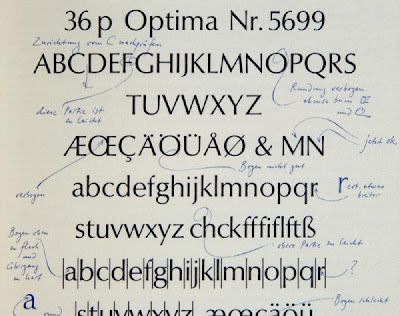 The abacus in history

Here is a thorough history of the abacus (Roman, Chinese and Japanese) and below a beautiful illustrated page of the abacus from p.819 of Opera historica et philologica, 1682, by Marcus Welser. 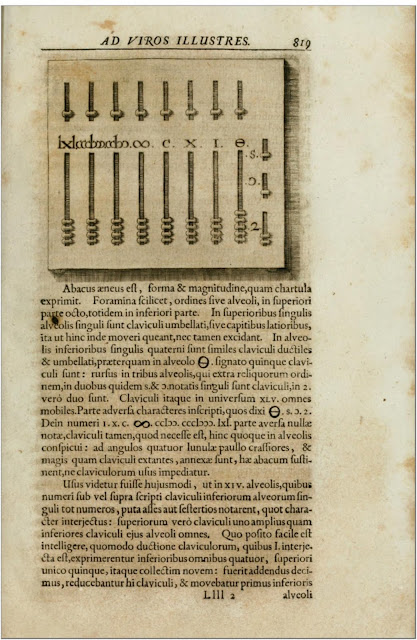 The Principle of "limited sloppiness" 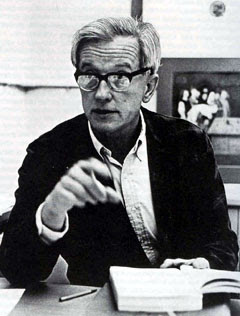 The Principle of "limited sloppiness": If you are too sloppy, then you never get reproducible results, and then you never can draw any conclusions. But if you are just a little sloppy, then when you see something startling you….nail it down.
Max Delbrück (1906-1981)
Cited in The road to Stockholm: Nobel Prizes, science, and scientists.  By István Hargittai p 92.
Posted by Matt at 08:21 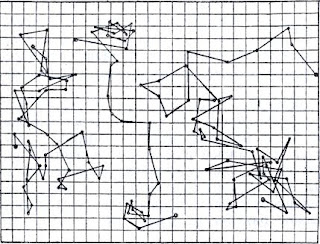 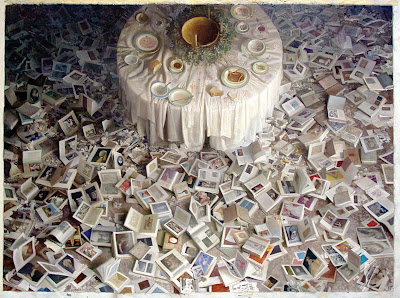 the most ingenious book that I ever read in my life...

Here is his complete and even now mindblowing book Micrographia (Micrographia: or some physiological descriptions of minute bodies made by magnifying glasses : with observations and inquiries thereupon - 1667).
An example of one of his drawings is shown below; 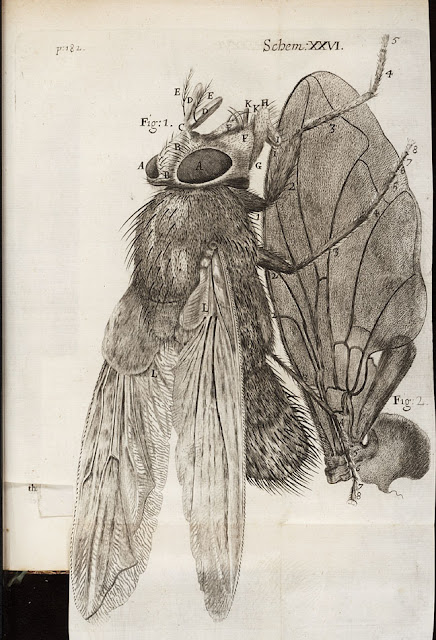 A Remarkable Painted Cave on the Estate of Lescaux (Montignac, Dordogne)

In mid-September 1940, several young lads of Montignac,  MM. Ravitat, Marsal, Quacroy, Cuancas, and Estracgil, encouraged by a retired schoolmaster of the town, M. Laval, to explore underground passages in the neighbourhood, cleared out a shaft leading vertically from a plateau to the east of the town. This shaft had been filled up to prevent cattle falling in and only a narrow passage led to the bottom, ending in a hollow into which the young explorers slid after having enlarged it. Descending a slope of fallen boulders, they discovered that some of those fallen from the vault of the first hall were decorated with magnificent frescoes which continued down a narrow alley leading out of it. M. Estracgil made several sketches of these, which he showed to M. Laval, who was at first sceptical about them. Whereupon M. Maurice Thaon, a good sportsman and draughtsman, whom I had known since his childhood, and to whom, a few days earlier, I had shown the painted caves of Font-de-Gaume and La Mouthe, at Les Eyzies, was taken to the cave by the youthful discoverers, and brought careful drawings and some tracings to me. 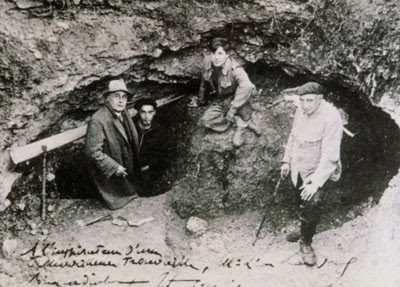 Discoverers Jacques Marsal and Marcel Ravidat with Abbe Breuil and teacher Mr. Laval at the entrance of the cave
Posted by Matt at 07:41 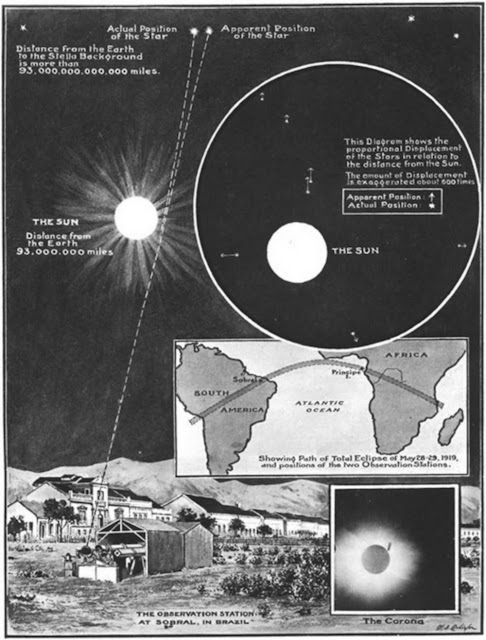 Further to my previous post on the Dwiggins graph. Here is ET's response from his site and the page he refers to.
"Note added by ET, August 4, 2010: Back in 1982 the Dwiggins cartoon-graph inspired my redesign of a misleading graph by the National Science Foundation. The NSF original suggested that the United States had encountered a big downturn in Nobel Prizes. My corrected, updated design revealed in fact a US Nobel prize boom that broke right out of the grid, Dwiggin-like. From ET, The Visual Display of Quantitative Information, page 60:" 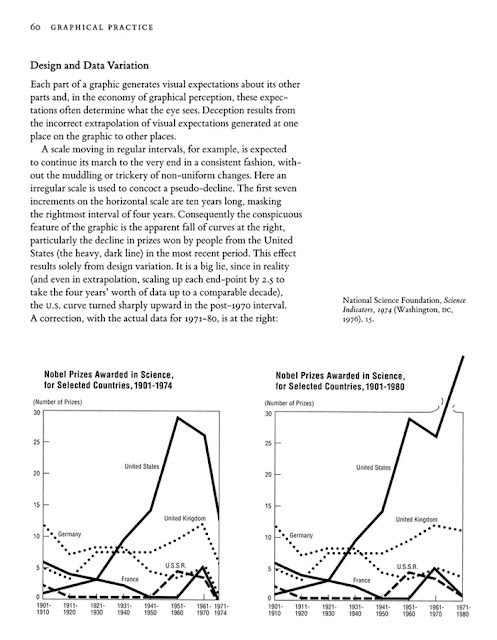 The percentage of excellence in books... 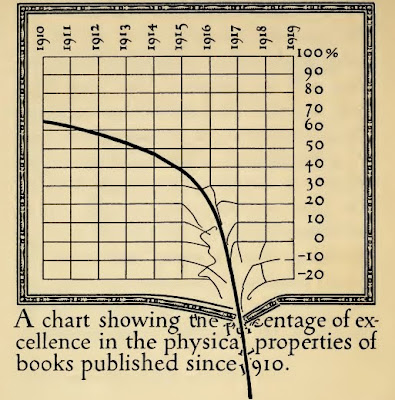 1919 - Extracts from an Investigation into the Physical Properties of Books as They Are At Present Published. The Society of Calligraphers, Boston.
This is a small pamphlet that was designed and authored by the graphic designer W.A. Dwiggins  and his cousin L.B. Sigfried. It pilloried the format of books and his concern for the poor methods of printing trade books in the US at that time.
The book was published by the imaginary Society of Calligraphers and the stinging investigation was a hoax cooked up by Dwiggins - nevertheless it did have an effect on publishing in the US following its wide distribution.
The graph by Dwiggins shows the reduction in book quality since 1910.
Posted by Matt at 17:56