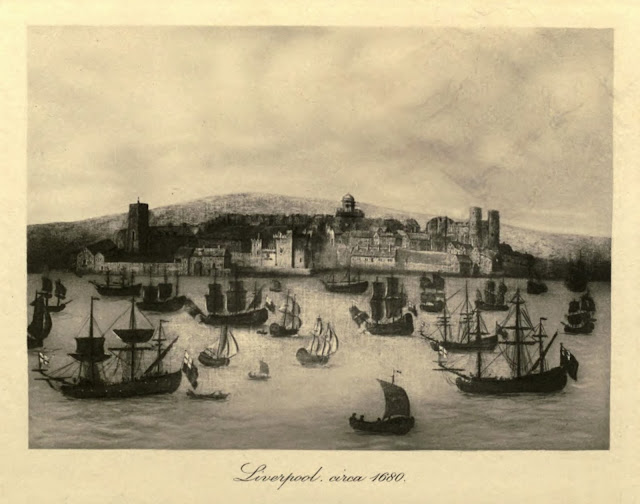 Nature Through Microsope and Camera

The image below shows Arthur E Smith, an expert at photo micrography, at work in his studio, and an example of his craft.

Nature Through Microsope and Camera
by Richard Kerr
With photo-micrographs by Arthur E. Smith
Published 1909 by The Religious Tract Society. London.

Charles Kingsley has said, `I have seen the cultivated man craving for travel, and for success in life, pent up in the drudgery of London work, and yet keeping his spirit calm and his morals all the more righteous, by spending over his microscope evenings which he would too probably have been gradually wasted at the theatre'. 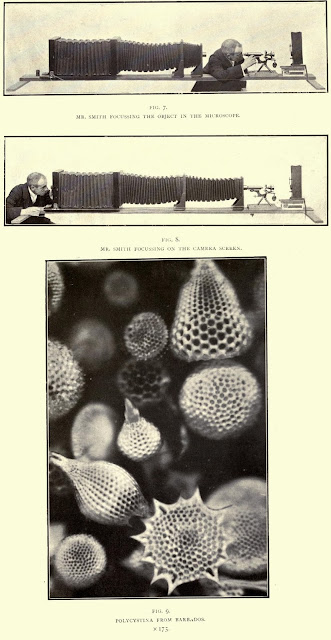 ...there are some things we can predict and others that we can only measure.

For my birthday I got a copy of Seeing Further: The Story of Science and the Royal Society. Edited by Bill Bryson and published by HarperPress.

All round it is a good read.

The Chapter that stands out for me is by John D Barrow, SIMPLE, REALLY: FROM SIMPLICITY TO COMPLEXITY - AND BACK AGAIN.  In it Barrow explains where we are at on the development of Grand Unified Theories (GUT's) & Theories Of Everything (TOE's) and how ordinary physical laws based on symmetries relate to Chaos.

The following passage introduces a great distinction that on reflection is straightforward, but nevertheless very well expressed;

The simplicity and economy of the laws and symmetries that govern Nature's fundamental forces are not the end of the story. When we look around us we do not observe the laws of Nature; rather we see the outcomes of those laws. The distinction is crucial. Outcomes are much more complicated than the laws that govern them because they do not have to respect the symmetries displayed by the laws. By this subtle interplay, it is possible to have a world which displays an unlimited number of complicated asymmetrical structures yet is governed by a few, very simple, symmetrical laws. This is one of the secrets of the universe.

He also goes on to explain that "it would be a strange (non-Copernican) universe that allowed us to determine everything that we want about it. We may just have to get used to the fact that there are some things we can predict and others that we can only measure". 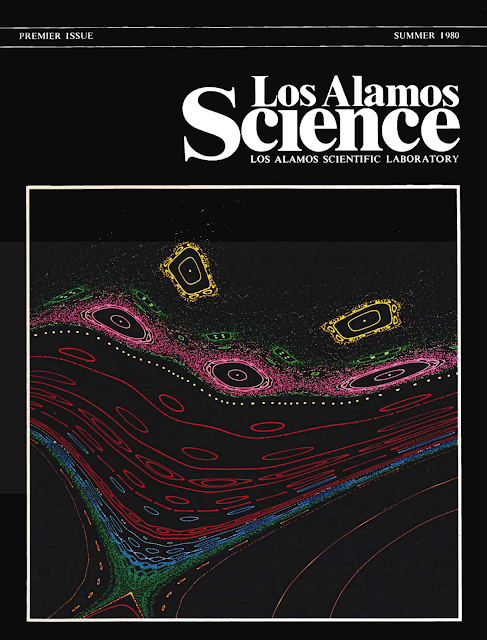 Barrow's piece also references the work of Mitchell Feigenbaum on the universal behaviour of non-linear systems (latterly often referred to as Chaos). The image above is from the front cover of the first issue of Los Alamos Science from 1980, showing a visualisation of some of Feigenbaum's work (HERE).

From 1866 by Mrs Ward. Microscope teachings : descriptions of various objects of especial interest and beauty : adapted for microscopic observation. 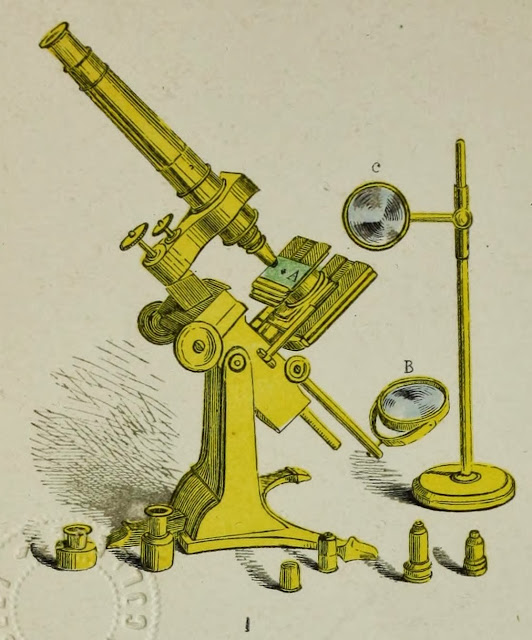 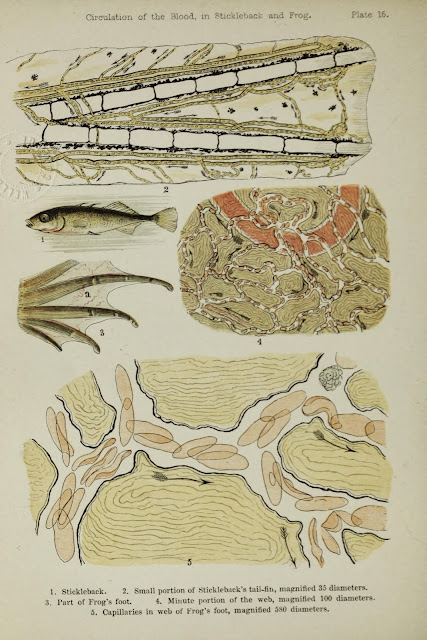 Here are some incredible high resolution maps of the Moon's surface from Apollo 17 - this is an index map for the photos that were taken on that mission.

Above is a full width Map and below that a portion of the map showing the Sea of Serenity and Sea of Tranquility. 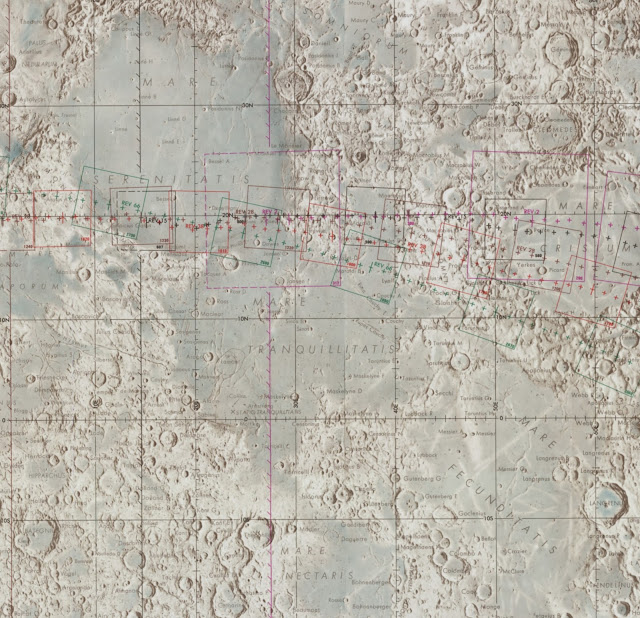 A perambulation of the Hundred of Wirral... 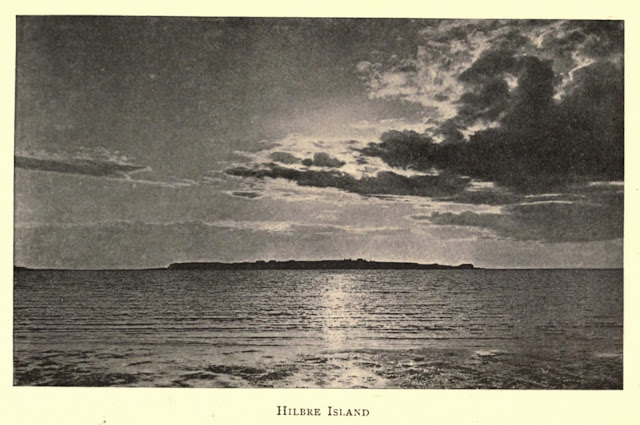 Tom Dixon is a pretty cool British company that designs and manufactures lighting and furniture. The company was established in 2002. Tom Dixon launches new collections annually. One of his recent collections, launched at the Salone del Mobile in Milan, is Etch a collection of acid etched brass, copper and stainless steel lights.

The Etch candle holder is in the form of a truncated octahedron about 13 centimetres in diameter. The truncated octahedron is an Archimedean solid with 8 regular hexagon faces and 6 square faces. In this candle holder one face is missing, but the others are pierced with a patterned array of circular holes. Multiple units can be bolted together with small brass nuts and bolts.

The image below shows:

The Tom Dixon website says that these lights are "inspired by the logic of pure mathematics". Although this sounds like a bit of marketing hoopla it is not without merit.

Archimedean solids, such as the truncated octahedron that is the basis of the Etch design, are a venerable subject for mathematical study.

The pattern is a bit more tricksy. I don't have any idea of what, if any, mathematical method Tom Dixon used to create the piercing patterns, but they do remind me a little bit of 2D spatial patterns that can be created using a class of stochastic model known as 'non-overlapping Germ-Grain' models. For those interested Jenny Andersson has a doctoral thesis and published papers on these models including realisations of them (HERE). Another pertinent paper is available on arXiv HERE.

Below is an example of a realisation of a non-overlapping Germ-Grain model from Andersson's thesis. It's not quite the Etch pattern but I can convince myself that the Etch pattern may well be 'inspired' by the logic of this type of pattern. 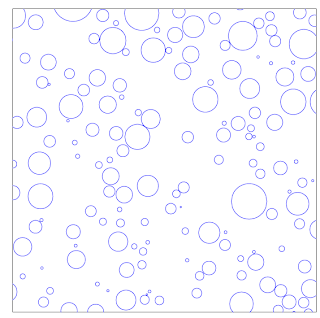 The image below shows two state of the art topographic images of the moons surface.

The image to the left is a Lunar Planisphere engraved by John Russell RA in 1805 based on almost 40 years of detailed sketching and manual measurements using a micrometer and telescope. It is the Moon viewed in full sunlight.

"This plate exhibits an accurate view of the lunar disk in a state of direct opposition to the sun, when from the absence of shadow the eminences and depressions are undetermined, and every intricate part arising from local colour or other hitherto inexplicable causes is developed and fully expressed. In a mean state of libration".
It is an incredible feat of scientific imagination.

The image to the right is from NASA in 2011 - it is an image created from detailed altimetry data and application of information about the phase and libration of the moon (NASA/Goddard Space Flight Center Scientific Visualization Studio).

Two hundred years separate these two images. It is remarkable how similar in detail both images are and also remarkable that neither are directly captured images of the moon. The first took Russell upwards of 20 years to engrave and the second is based on a lunar elevation map captured from amongst other things by the Lunar Orbiter Laser Altimeter LOLA. 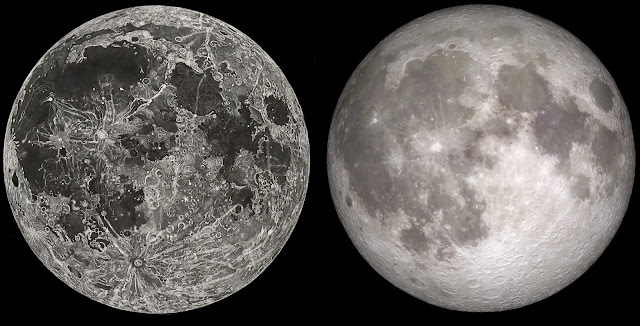 Talking of a boustrophedon below is a stone rubbing of the Forum inscription taken from the Epigraphy to John Edwin Sandys A Companion to Latin Studies. Cambridge University Press, 1913; p. 732, plate 107. This, in turn, credits Domenico Comparetti (1835-1927), Iscrizione arcaica del Foro Romano, Firenze, 1900. The full book is available HERE. 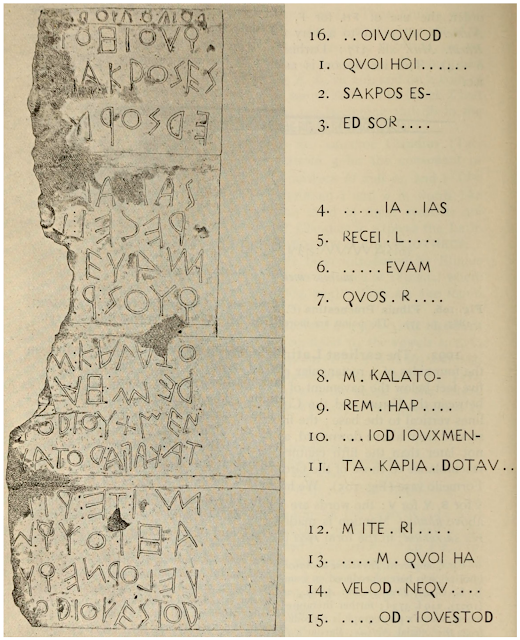 Libration & Phases of the Moon 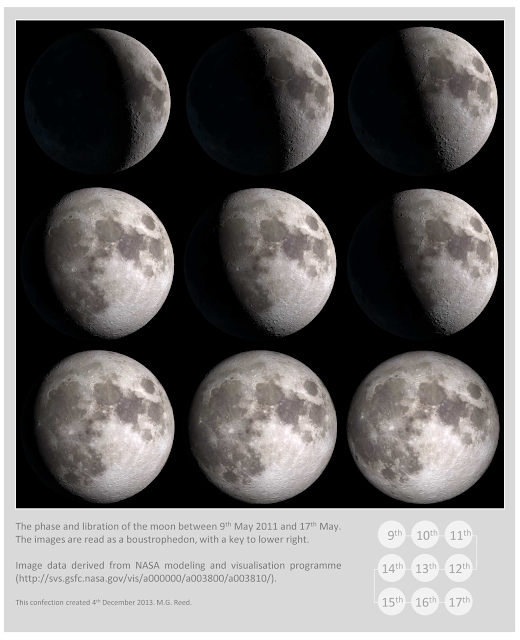 NASA have an incredible depth and breadth of image data that they allow people to use pretty freely in various ways. For example, I had been reading up on the libration of the moon (the observed 'wobble' it undergoes as part of its normal orbit. This means more than 50% of the moons face is seen from Earth - in fact about 60%) and wanted to create a day-by-day sequence of images that showed what you would observe of the moons surface from Earth as both phase and libration changed. It so happens that NASA have a nice web interface that allows you to create hour-by-hour visualizations of the phase and libration of the moon based on their detailed moon surface topographic data. They also have nice video visualisations of these images.

Above is a series of these images from 9th May 2011 to 17th May 2011. Each image is at 0 hours UT. I have arranged the images in boustrophedon fashion beginning top left. I found that this was the best way I could find so that each step in the image sequence is immediately 'adjacent' to the previous step and the next one.

Note that these are not images captured from a ground based telescope, they are visualisations of data collected from a diverse set of experimental data - such as LOLA the Lunar Orbiter Laser Altimeter measurements of moon topography.

The Vatican and Bodleian libraries have launched an online archive of ancient religious texts scanned at high resolution. Below is an image from a German bible printed in 1485. This is the first volume of a German incunable Bible, printed in Strasbourg in 1485 by Johann Gruninger. It contains a number of woodcuts painted in full colour, as well as decorated initials and rubrication. 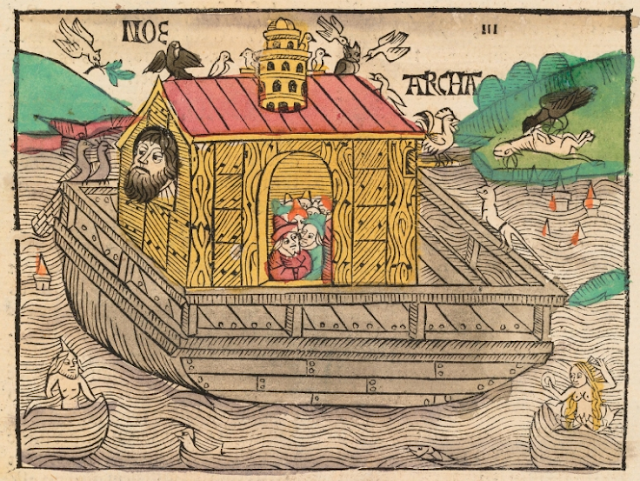 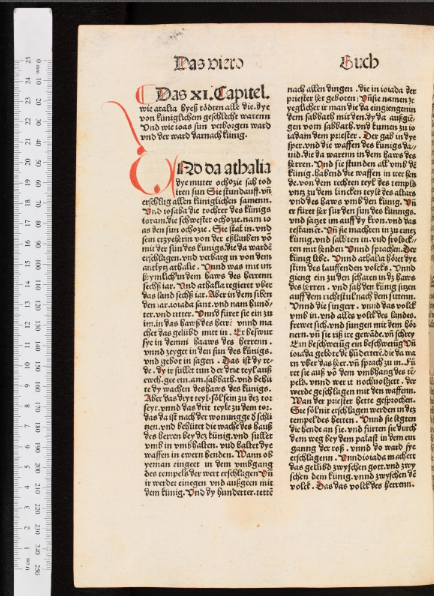 From Views of the Ancient Monuments in Central America Chiapas and Yucatan by Frederick Catherwood (1844). 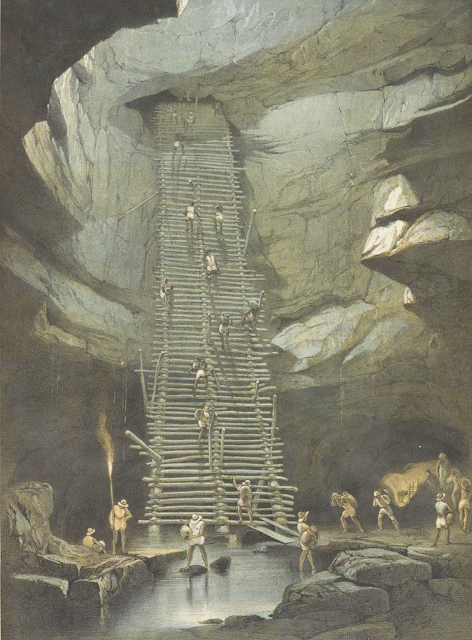