The Chinese artists Xu Bing plays with words and characters. One example is a project called Square Word Calligraphy.

"Square Word Calligraphy is a new kind of writing, almost a code, designed by Xu Bing. At first glance it appears to be Chinese characters, but in fact it is a new way of rendering English. Chinese viewers expect to be able to read it but cannot. Western viewers, however, are surprised to find that they can read it. Delight erupts when meaning is unexpectedly revealed." 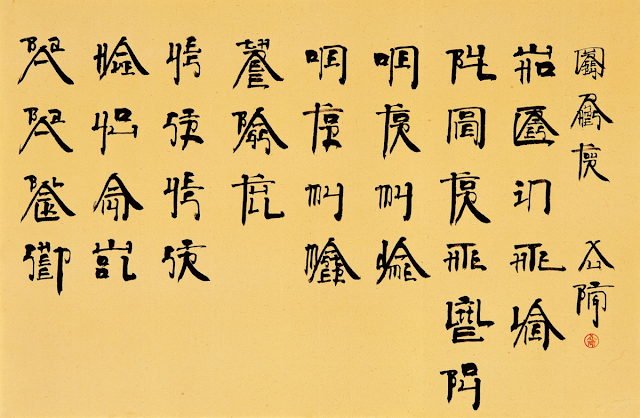 A rough translation: Baa Baa Black Sheep have you any wool yes sir yes sir three bags full one for my master one for my dame but none for the little boy who lives(?) in the lane
Posted by Matt at 19:38

The city embodies the people...

The Irish GPO has just released a new postage stamp that has a complete short story printed on it celebrating Dublin (HERE).

The 60c stamp has a short story printed on it, that was written by Eoin Moore when he was 17, describing the essence of Dublin. It celebrates Dublin’s permanent designation as a UNESCO City of Literature in 2010. 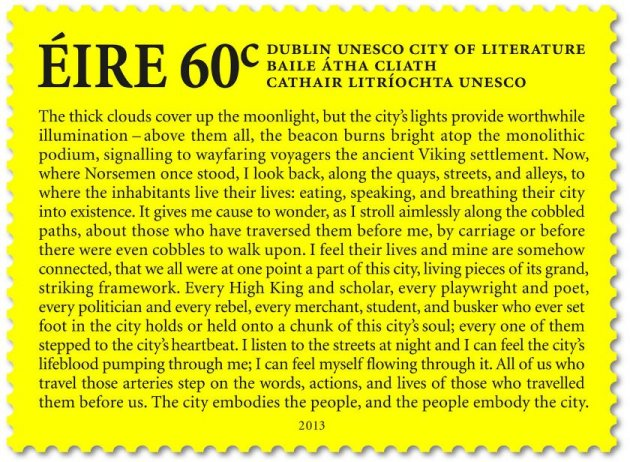 The Hunting of the Snark - An agony in eight fits 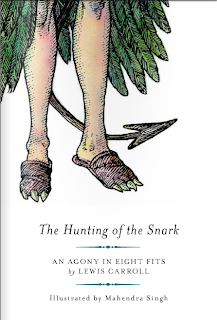 Here is a newish illustrated edition of Lewis Carroll's poem The Hunting of the Snark from the entertaining and enterprising publisher Melville House Books.

The book is illustrated by Mahendra Singh (more examples of his Snark art here).

Although Lewis Carroll is more famous for the Alice books the Hunting of the Snark has generated a whole industry of speculations about what it means.

The mathematician Martin Gardner published an annotated version of the poem in 1974.

Lewis Carroll "explained" the Snark in 1887:

I was walking on a hillside, alone, one bright summer day, when suddenly there came into my head one line of verse – one solitary line – "For the Snark was a Boojum, you see." I knew not what it meant, then: I know not what it means, now; but I wrote it down: and, sometime afterwards, the rest of the stanza occurred to me, that being its last line: and so by degrees, at odd moments during the next year or two, the rest of the poem pieced itself together, that being its last stanza.

In the midst of the word he was trying to say
In the midst of his laughter and glee
He had softly and suddenly vanished away
For the Snark was a Boojum, you see. 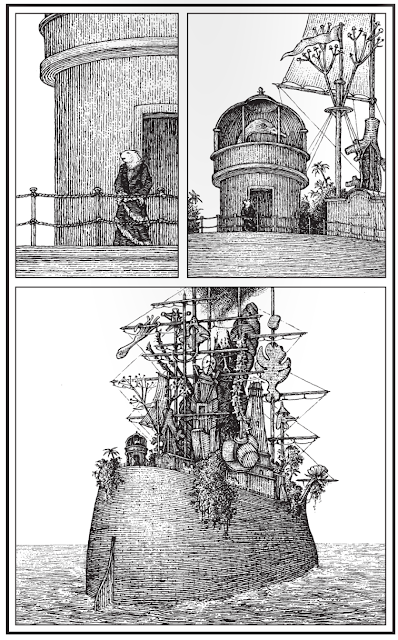 The aerial photograph and its interpretation

Within the discipline of cartography, few works are considered classics in the sense of retaining their interest, relevance, and inspiration with the passage of time. One such work is Eduard Imhof's masterpiece on relief representation. Originally published in German in 1965, Cartographic Relief Presentation provides guidelines for properly rendering terrain in maps of all types and scales. This book is an example of the art of combining cartography with intellect and graphics when solving map design problems. The range, detail, and scientific artistry of Imhof's solutions are presented in an instructional context that puts this work in a class by itself, with universal significance. Esri Press has reissued Imhof's masterpiece as an affordable volume for mapping professionals, scholars, scientists, students, and anyone interested in cartography.


Below is a plate that shows Imhof's skills applied. The top two images are a stereo pair aerial photograph. The bottom two are Imhof's illustrations, showing at left a contour plot and at right a combined contour and shaded representation. 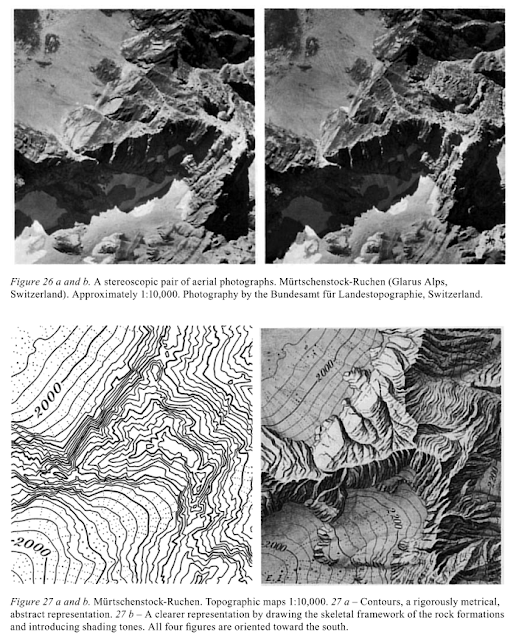 On the word Quark:

"In 1963, when I assigned the name "quark" to the fundamental constituents of the nucleon, I had the sound first, without the spelling, which could have been "kwork." Then, in one of my occasional perusals of Finnegans Wake, by James Joyce, I came across the word "quark" in the phrase "Three quarks for Muster Mark." Since "quark" (meaning, for one thing, the cry of a gull) was clearly intended to rhyme with "Mark," as well as "bark" and other such words, I had to find an excuse to pronounce it as "kwork." But the book represents the dreams of a publican named Humphrey Chimpden Earwicker. Words in the text are typically drawn from several sources at once, like the "portmanteau words" in Through the Looking Glass. From time to time, phrases occur in the book that are partially determined by calls for drinks at the bar. I argued, therefore, that perhaps one of the multiple sources of the cry "Three quarks for Muster Mark" might be "Three quarts for Mister Mark," in which case the pronunciation "kwork" would not be totally unjustified. In any case, the number three fitted perfectly the way quarks occur in nature."


The passage that Gelll-Mann refers to from Joyce's Finnegans Wake (Book 2, Episode 4, Page 383) is the following:


Three quarks for Muster Mark!
Sure he hasn't got much of a bark
And sure any he has it's all beside the mark.
But O, Wreneagle Almighty, wouldn't un be a sky of a lark
To see that old buzzard whooping about for uns shirt in the dark
And he hunting round for uns speckled trousers around by Palmerstown Park?
Hohohoho, moulty Mark!
You're the rummest old rooster ever flopped out of a Noah's ark
And you think you're cock of the wark.
Fowls, up! Tristy's the spry young spark
That'll tread her and wed her and bed her and red her
Without ever winking the tail of a feather
And that's how that chap's going to make his money and mark!

And below a typographic confection of the phrase by Jacob Drachler from "Id-Grids and Ego-Graphs: A Confabulation With Finnegans Wake" (HERE) 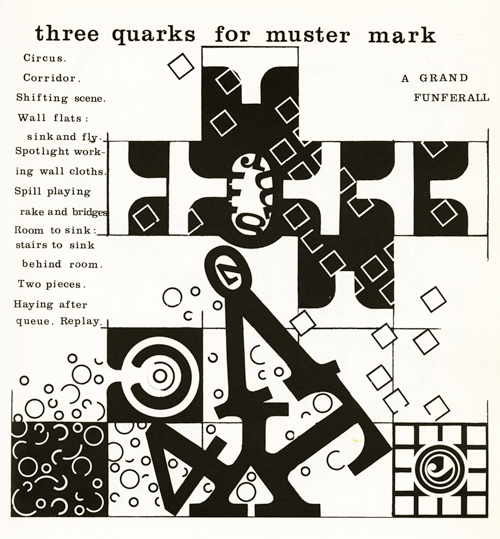 The Journal of Mundane Behaviour

There are thousands of issues of hundreds of learned journals published every year. Some are prestigious very widely read science journals such as Nature, which was founded in 1869 and is the most highly cited of interdisciplinary science journals. Others are deeply specialised and of little interest to most people.

Then there is the most gloriously named journal I have ever come across - the Journal of Mundane Behaviour.

This classic journal was published from about 2000 - 2004.  I am currently making my way through it and it doesn't disappoint. It is the preeminent journal of the prosaic, a peer reviewed outpost of the ordinary and a focus for studies of the unremarkable in life. As Wayne Brekhus points out in the first volume: "The history of mediocrity, the sociology of the boring and the anthropology of the familiar are neglected fields". 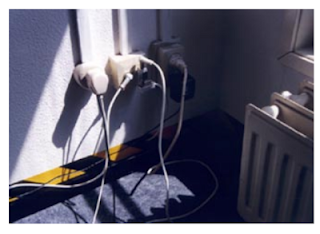 and even a manifesto:

This mundane manifesto calls for analytically interesting studies of the socially uninteresting. I argue that the extraordinary draws disproportionate theoretical attention from researchers. This ultimately hinders theory development and distorts our picture of social reality. This manifesto paves the way for an explicit social science of the unmarked (mundane)...

The full manifesto is HERE.

Below is a Movement Systems MCS Drum Computer, details HERE. 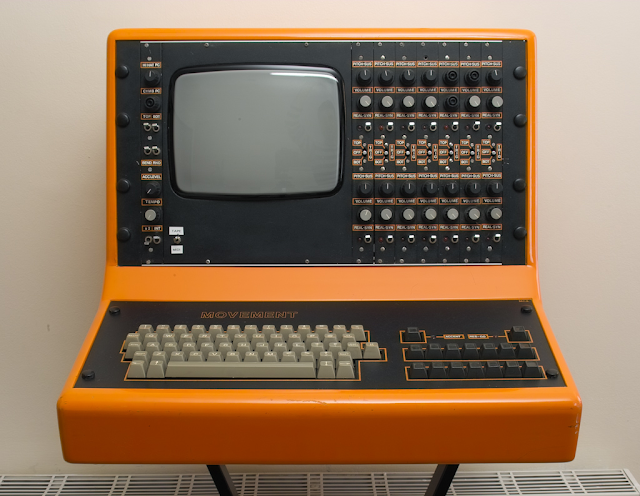 The ink of a scholar is more precious than the blood of a martyr.

A great piece in the Guardian about the manuscript treasures of Timbuktu HERE. 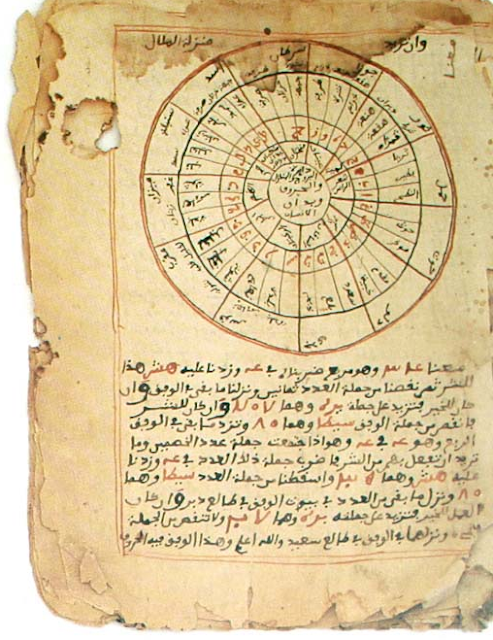 Image of Manuscipt from HERE 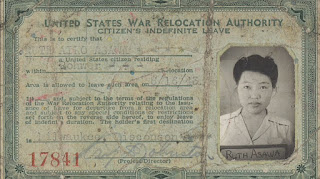 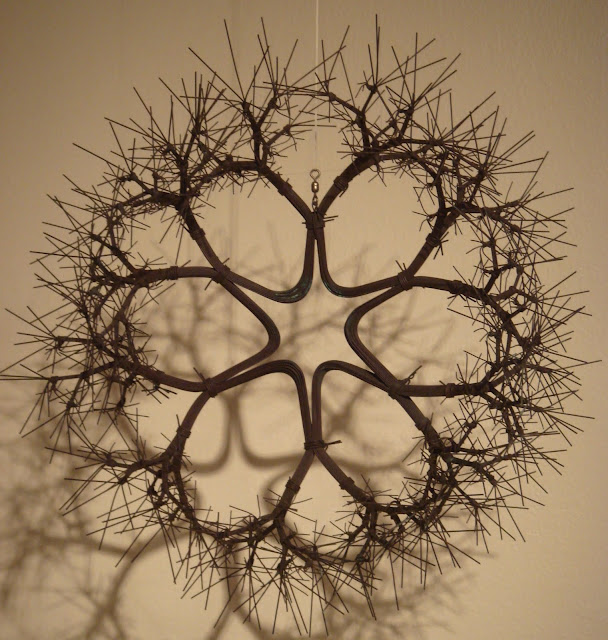 The skill of observing... is something that every science student must possess

The Dutch born scientist Geerat Vermeij is a renowned ecologist, marine biologist and geologist who is a distinguished professor at the University of California, Davis. He has achieved success in his chosen fields of observation based science, in spite of being blind since he was 3 years old. Here is a typical paper by him on the academic fields that interest him.

Here is a great piece by him on the importance of observation in science. 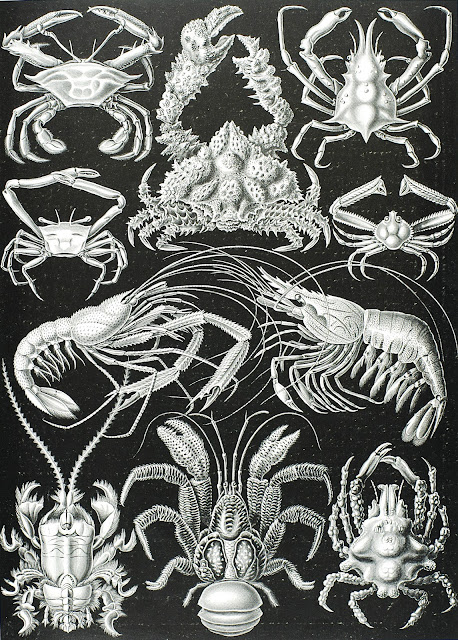 A typical image by Haeckel

The hunters mind in science 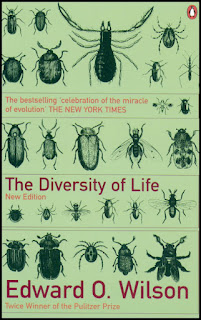 "The best of science doesn't consist of mathematical models and experiments, as textbooks make it seem. Those come later. It springs fresh from a more primitive mode of thought, wherein the hunter's mind weaves ideas from old facts and fresh metaphors and the scrambled crazy images of things recently seen. To move forward is to concoct new patterns of thought, which in turn dictate the design of the models and experiments. Easy to say, difficult to achieve".

Natural History - past and present

According to the Wikipedia entry on Natural History it is defined as "... the study of organisms including plants or animals in their environment, leaning more towards observational than experimental methods of study". Natural history is one of the most venerable threads of observational science with roots that can be traced back to Aristotle.

A less west coast form of natural history, and definitely more hands on, is the Manchester Microscopical & Natural History Society, founded in 1880.

Here is an image from their collection of historical microscope slides. 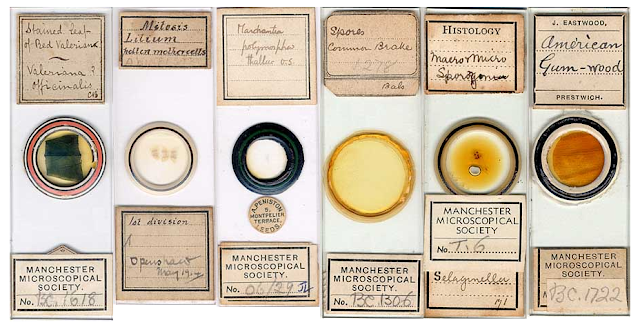