Art in the Field

Eugene Delacroix used art sketchbooks in much the same way as a field naturalist, or lab biochemist, would use a notebook. As a record of intense observation.

His sketchbooks from Morocco are particularly beautiful, they are vibrant and integrated sketches and notations.

A high resolution page is HERE.

“I began to make something tolerable of my African journey only when I had forgotten the trivial details and remembered nothing but the striking and poetic side of the subject. Up to that time, I had been haunted by that passion for accuracy that most people mistake for truth.” Walls of Meknes (Morocco from the sketchbook) Made during his visit to Morocco in 1832. 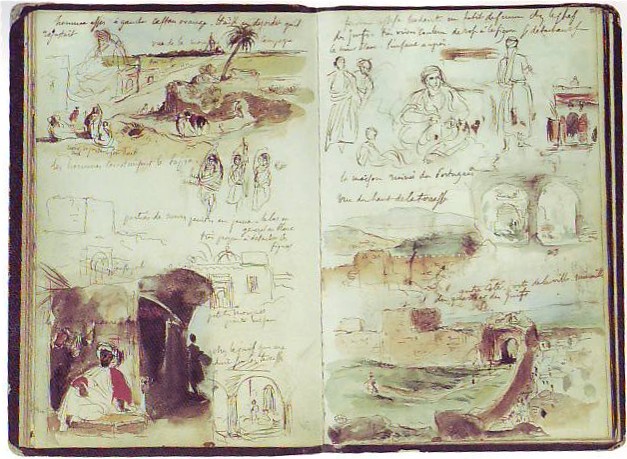 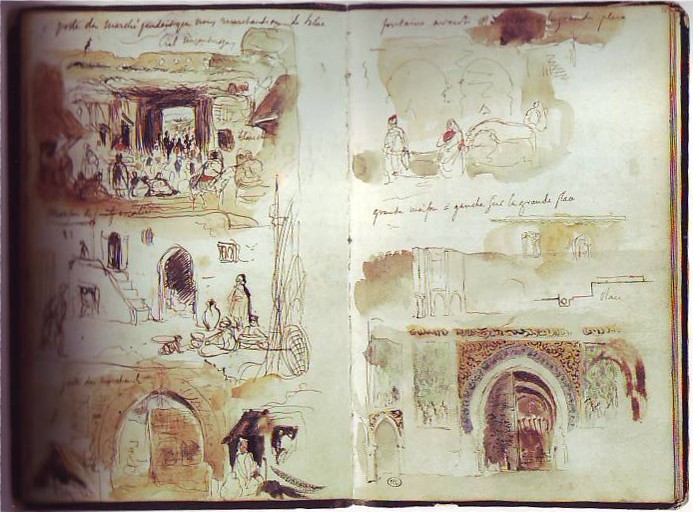 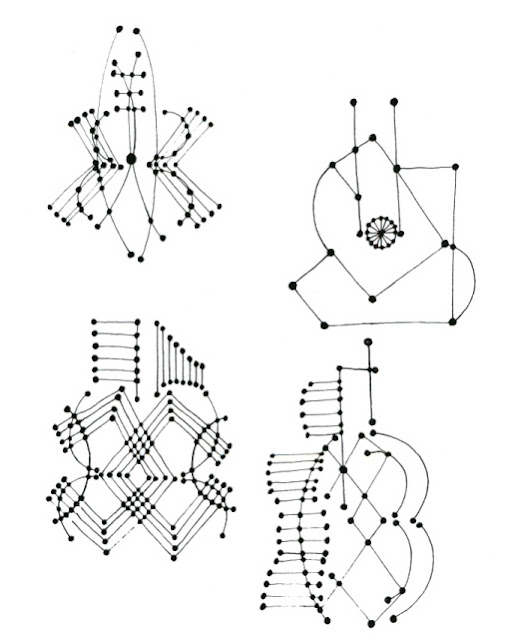 Here is a website with a new London tube  map that tries to retain the clarity of the original London Underground map created by Harry Beck but incorporating more accurate geographical information. I must say I like it (for example I really like the depiction of the Thames - the Beck rendition misses the beautiful sweep and meander of this great river). 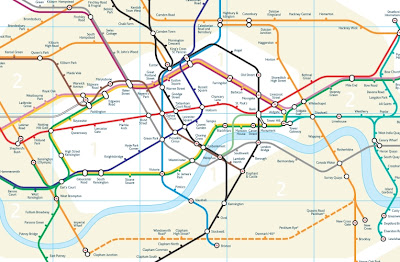 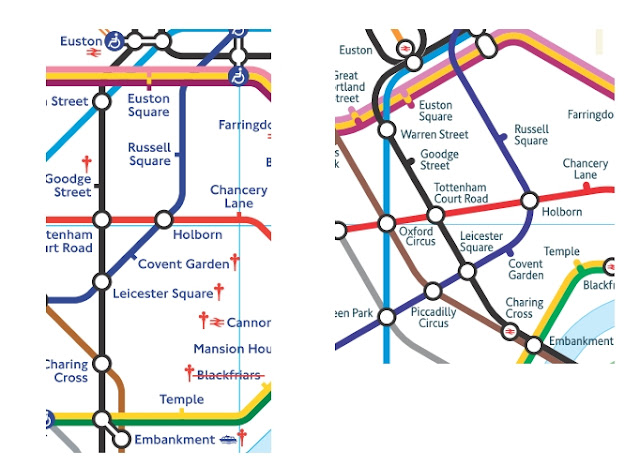 If all human understanding about how to make deep and insightful observations in art and science were to be lost, and only one statement about how best to observe the world was preserved, the sentence that would contain the most information in the fewest words would be; Above all else, keep a notebook.

This should probably be called the da Vinci principle, after that most famous observer Leonardo da Vinci (1452--1519). Leonardo has left us only about 15 paintings, but in excess of 13,000 pages of notes and drawings. Leonardo was nothing, if not a note taker. The palest ink is better than the sharpest memory

It's interesting that in both lab based chemistry and field based natural science there is an obsession about making contemporaneous observations; in ink, in a bound notebook, with diagrams.

In natural history the method that is still used is that developed by Joseph Grinell.

Had a really great Fathers day. The weather cleared up, I spent time in the garden and got some lovely presents.

One of the presents that I will take time over is a highly visual book called "Field Notes on Science & Nature" edited by Michael Canfield.
The blurb is here;

"Once in a great while, as the New York Times noted recently, a naturalist writes a book that changes the way people look at the living world. John James Audubon's Birds of America, published in 1838, was one. Roger Tory Peterson's 1934 Field Guide to the Birds was another. How does such insight into nature develop? Pioneering a new niche in the study of plants and animals in their native habitat, Field Notes on Science and Nature allows readers to peer over the shoulders and into the notebooks of a dozen eminent field workers, to study firsthand their observational methods, materials, and fleeting impressions. What did George Schaller note when studying the lions of the Serengeti? What lists did Kenn Kaufman keep during his 1973 "big year"? How does Piotr Naskrecki use relational databases and electronic field notes? In what way is Bernd Heinrich's approach "truly Thoreauvian," in E. O. Wilson's view? Recording observations in the field is an indispensable scientific skill, but researchers are not generally willing to share their personal records with others. Here, for the first time, are reproductions of actual pages from notebooks. And in essays abounding with fascinating anecdotes, the authors reflect on the contexts in which the notes were taken. Covering disciplines as diverse as ornithology, entomology, ecology, paleontology, anthropology, botany, and animal behavior, Field Notes offers specific examples that professional naturalists can emulate to fine-tune their own field methods, along with practical advice that amateur naturalists and students can use to document their adventures."

This book is a fantastic resource for anyone interested in how field scientists use the simplest of tools; often just a pencil and notebook, to create deep insight.


“There is no other book like this--one that takes readers out of the laboratory and into the field to learn the basics of natural history and the fun of observing nature.”
—George Schaller

Some spreads and illustrations below. 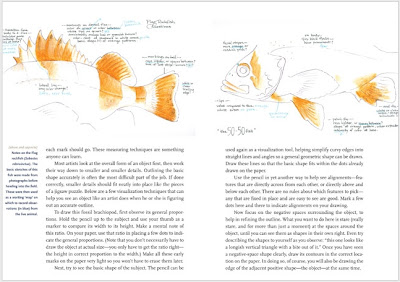 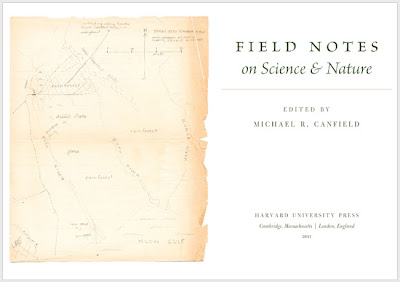 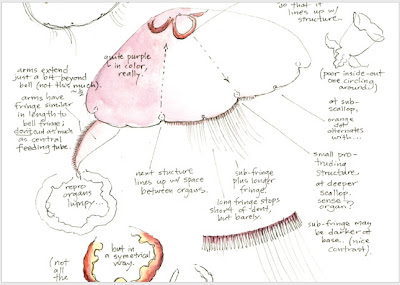 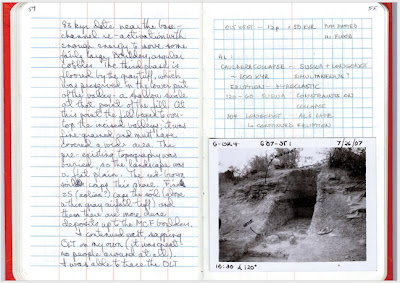 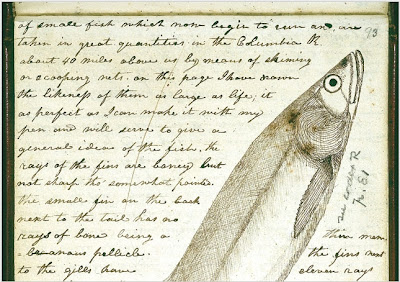 Truth is Stranger than (Science) Fiction

Here is a piece about physicists hacking into what was thought to be an "unbreakable" quantum approach to cryptography. Forget the science - look at the piece of kit that they used to hack in with! Great Home-workers of our Time

I have been inspired recently by two eminent scholars who have famously spent as much of their time working at home either in seclusion or with their family.
Liam Hudson (1933-2005)
"He wrote presciently in 1977, in a talk for an international conference Creating the Productive Workplace, that the Nobel prizewinner Robert Stone “had the good sense to work at home with his wife” — he said that he always felt most at ease in his own home."
From his Obituary in the Times, HERE
Richard Stone (1913- 1991) - 1984 Nobel prize in Economics.
"In 1980, I retired from my university post. My retirement, however, has not severed my links with the two colleges with which I have been associated throughout my life in Cambridge: King's College, where I have held a Fellowship since 1945, and Gonville and Caius College, where I spent my undergraduate days and where I have been an Honorary Fellow since 1976. Nor has it altered my habits much except in so far as it has enabled me to work full time where I have always preferred to work at home."
From his Autobiography HERE.
Posted by Matt at 14:40

Here is a paper by artist/computer scientist San Le that describes how to create artistic tesselations, including some that Escher could never have - as they are based on Penrose tilings. 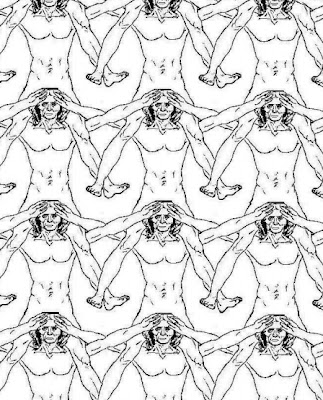 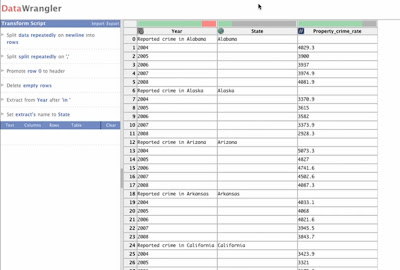 Drawn In: A Peek into the Inspiring Sketchbooks of 44 Fine Artists, Illustrators, Graphic Designers, and Cartoonists.

by Julia Rothman.
HERE
Blurb:
People are fascinated by artist's sketchbooks. They offer a glimpse into private pages where artists brainstorm, doodle, develop and work on ideas, and keep track of their musings. Artists use these journals to document their daily lives, produce their initial ideas for bigger projects, and practice their skills. Using a variety of media from paint to pencil to collage, these pages can become works of art themselves. They often feel fresh and alive because they are first thoughts and often not reworked. These pages capture the artist's personalities along with glimpses of their process of working and inspirations. 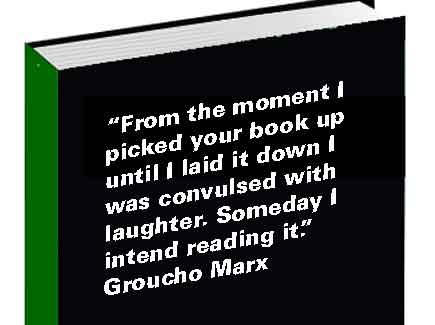 Just found Zotero. An Open Source Bibliographic manager. I'm going to give it a go. 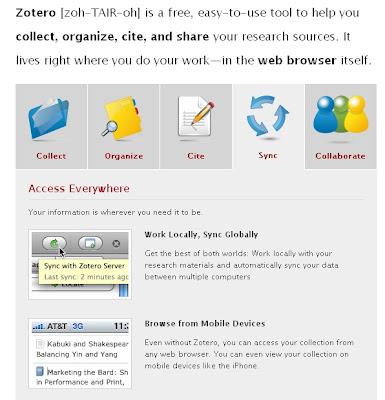 The Minds Eye of Mr Moxon 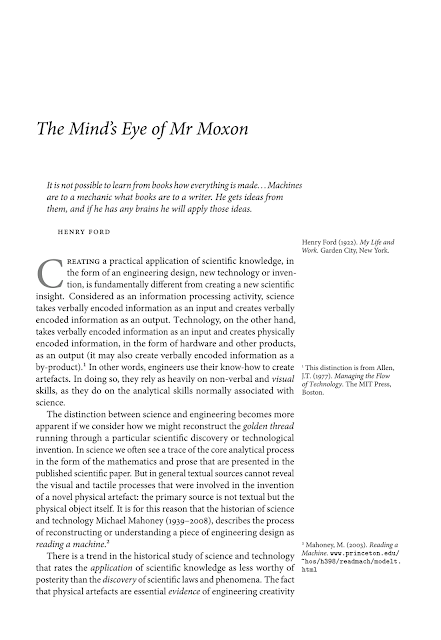