The court and cellar dwelling: the eighteenth century origin of the Liverpool slum (1970) 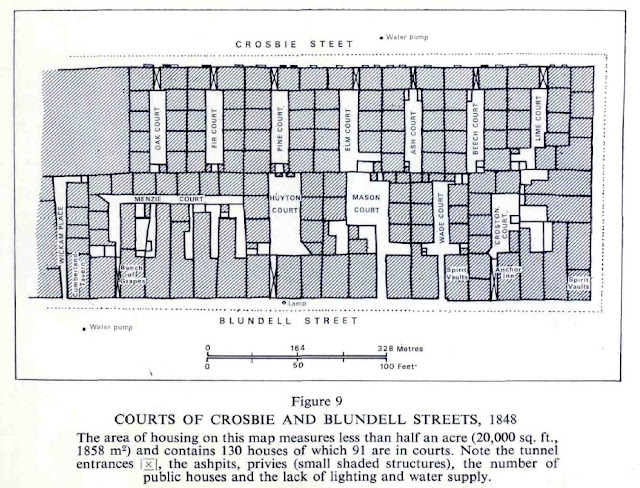 HERE is a detailed description of the social housing conditions common in Liverpool in the eighteenth century. The diagram above shows just one small area of Liverpool.

One commentator, Enfield, wrote in 1773 that:

The inhabitants of Liverpool live more closely crowded together than in most towns. ... It is probable that there is no place in Great Britain except London and Edinburgh which contains so many inhabitants in so small a compass. Its whole area is not so large as Birmingham or Manchester yet it has a greater number of inhabitants than either of them.