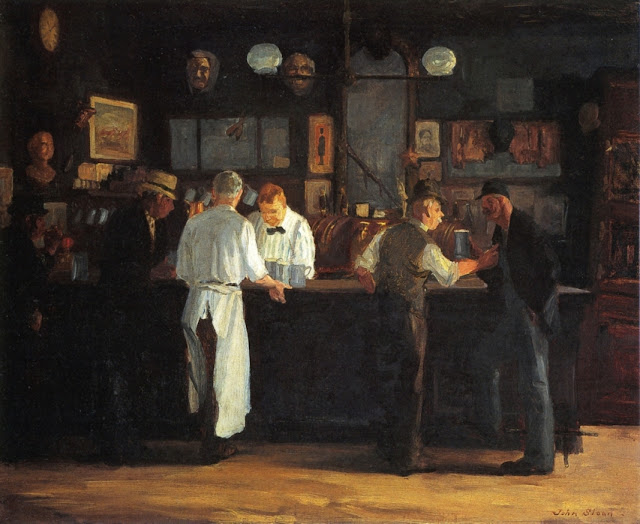 The American journalist Joseph Mitchell (1908-1996) was one of the outstanding non-fiction prose writers of the USA. Between 1938 and 1964 he worked at the New Yorker creating brilliantly observed profiles of people he met in New York. Between 1964 and 1996 he continued to work at the New Yorker but never wrote another piece again.

One of his most famous pieces is The Old House at Home, first published in the New Yorker in 1940 (HERE). It is a long, brilliantly detailed, and affectionate profile of McSorley's Old Ale House, which opened at 15 East 7th Street, New York city in 1854.

HERE is a recently published, unfinished piece by Mitchell.


In 2015, a biography of Mitchell called Man in Profile: Joseph Mitchell of  The New Yorker written by Thomas Kunkel was published. A review of the book in the NYRB is HERE.