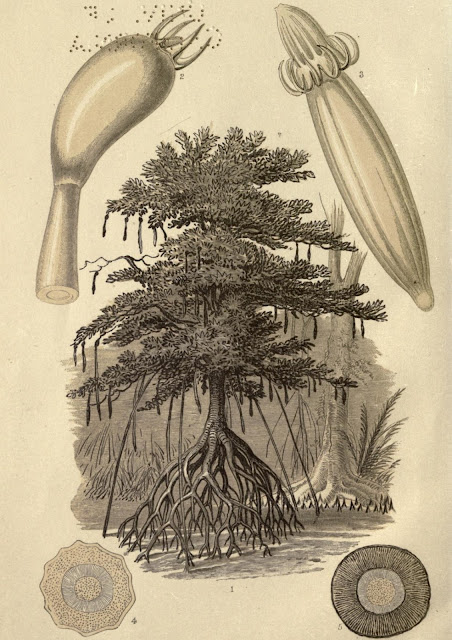 I was in Panama in 1959 studying the coastline. I needed to go to a sandbar separated from the mainland by a stretch of mangrove swamp. I waited for the tide to withdraw, so I could walk across. Hours later, having competed my survey of the sandbar, I packed my notebooks, camera, and compass for the return trip.

To my surprise, I was confronted by an unfamiliar landscape. A rising tide had covered the swamp in one-to-two feet of water, and I would have to wade through the water and mud to get back to solid land.

As I reluctantly prepared myself to take on the tide, a young fisherman approached, pushing an old bike. On its handlebar was a row of fish, which he no doubt intended to sell on the mainland. He spoke a language I didn't understand. His gestures, however, made it clear that he wanted me to sit on his bike so that he could push me through the swamp.

He had to push hard. I could see his strained muscles and smell his sweat. As soon as we reached dry land, I got off the bike and dug into my wallet for a few dollars to give him. I looked through the sheaf of bills to find the right amount. When I turned around, he was nowhere to be seen. I have never forgotten his kindness. He was doing good.