When I was growing up there was no Wikipedia.

In order to learn about anything you needed to get your encyclopedia out. Posh people and the library had the Encyclopedia Britannica, which was enormous, was bought from a door-to-door salesman, cost almost as much as a three bedroomed semi-detached house and took more than 10 years to buy on a bespoke form of HP.

We were the proud owners of a battered set of Newnes Pictorial Knowledge. The edition we had was complete and was from the late 1950's or early 1960's - the covers were a quilted effect maroon.

I was a strange child and would spend hours flicking through this set of Pictorial Knowledge volumes at random to learn about how a cricket ball was made. Or look at a colour cut away of an early passenger aircraft. Or the latest in mechanical looms. On the basis of this form of self-education I can remember even to this day how to use a straw filled pit to slow cook a meal, the deep sea explorations of the Bathyscaphe Trieste and how pioneering engineers had laid telegraph cables on the ocean floor.


But the stuff in Pictorial Knowledge that I can remember the clearest were the photos and text that described the Bell X1 experimental plane that was flown by Chuck Yeager. This plane looked like a slightly modified rocket and it was dropped from the bomb bay of a modified B29 bomber. In this modified rocket Yeager reached Mach 1.06 (361 m/s, 1,299 km/h, 807.2 mph) on October 14th 1947. 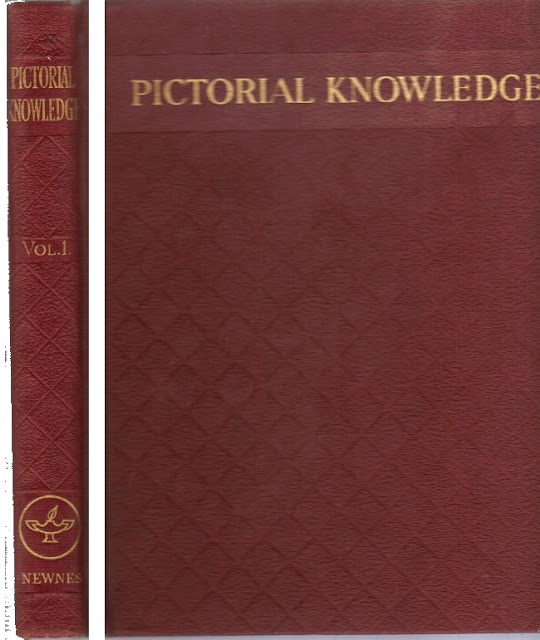