Sharps and Flats: A Complete Revelation of the Secrets of Cheating at Games of Chance and Skill (1894)

John Nevil Maskelyne (1839-1917) was a famous English stage magician and unmasker of fraud - both in gambling and the so-called supernatural.


His book Sharps and Flats: A Complete Revelation of the Secrets of Cheating at Games of Chance and Skill was published in 1894. A scanned copy is HERE. 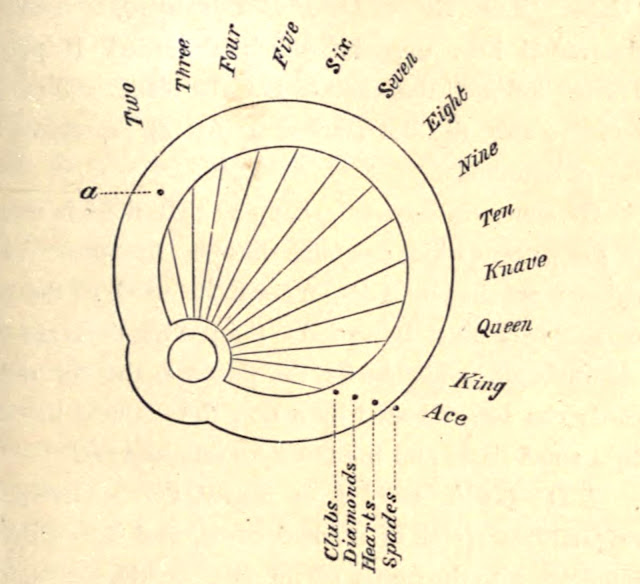 Another method whereby a single dot is made to represent both suit and value of card is illustrated in Figure 5. In every ornamental back almost, there is some portion of the pattern which is more or less of a fan-shaped or radial design. If this should happen to contain thirteen divisions, nothing is easier than to assign to each one a value, and thus the entire suit is represented by merely varying the position of the dot. The suit is given by placing the dot nearer or farther from the centre. Figure 5 is a diagram which illustrates this method in its simplest form.
Posted by Matt at 08:41