The western coastline of the British Isles has been eroded for millienia by the power of the Atlantic Ocean and the Irish Sea. To natives of the British isles this coast has a recognisable and familiar irregularity. Yet this familiar coastline is the source of a puzzle that was first uncovered by the British scientist Lewis Fry Richardson (1881 -- 1953) in the 1950's and published posthumously in 1961. This paper was later used by Benoit Mandelbrot in his classic 1967 paper "How long is the Coast of Britain?".

The so-called coastline paradox is that the measured length of a stretch of coastline, such as the west coast of Britain, depends on the scale of measurement. The specific problem noted by Richardson was found when he approximated the length of the coastline by counting the number of steps of a fixed step length required to cover the whole coastline. Richardson notes that as the step length used to make this estimate becomes smaller, the longer the total measured length of the coastline becomes.


For a general smooth shape this is not the case -- for a circle as the step length decreases so the approximation of the circles circumference gets closer to the real value.

Measuring the length of a smooth curve is already tricky to do. One approach is to use the maritime method of stepping a set of dividers along the coastline and then multiplying the number of steps by the distance between divider points. This method works exactly for a circle - as the step length decreases so the estimates converges on a stable value.

A single-handed divider can be used to approximate a distance on a maritime chart or the length of a border between two countries or regions on a map. The divider points are set to a known distance apart and then stepped along the border. One point of the divider is placed on the border and then the dividers is swung around until it crosses the coast again.

The illustration below shoes a set of dividers in use, it comes from a book published in Antwerp in 1585 by Christoffel Plantijn (image from HERE). This design of divider, usually made from brass and steel, remains virtually unchanged to this day and they are still widely available to purchase. 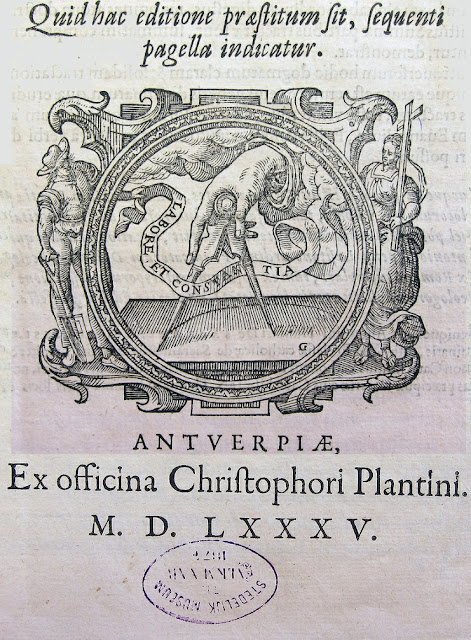 Image is from Flickr user History of the Book, it is used under the Creative Commons licence BY-NC-SA 2.0 (HERE).