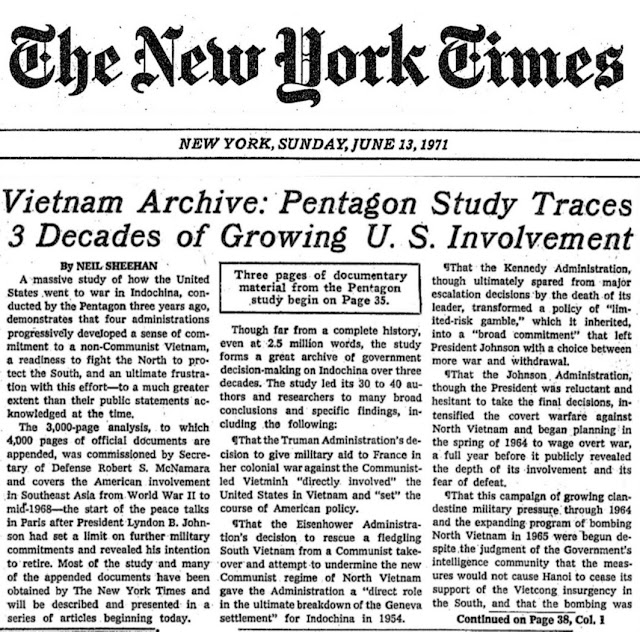 A superb piece in the New York Times (HERE) on how Neil Sheehan got hold of US Government papers on the Vietnam war, and published them as a front page story in 1971.

He also revealed that he had defied the explicit instructions of his confidential source, whom others later identified as Daniel Ellsberg, a former Defense Department analyst who had been a contributor to the secret history while working for the Rand Corporation. In 1969, Mr. Ellsberg had illicitly copied the entire report, hoping that making it public would hasten an end to a war he had come passionately to oppose.

Over the next two months, he strung Mr. Ellsberg along. He told him that his editors were deliberating about how best to present the material, and he professed to have been sidetracked by other assignments. In fact, he was holed up in a hotel room in midtown Manhattan with the documents and a rapidly expanding team of Times editors and reporters working feverishly toward publication.