The English polymath scientist Thomas Young (1773-1829) studied languages, medicine and physics and his name is immortalised in a series of experiments showing the interference of waves. He presented his work on the wave nature of light to the Royal Society in 1803.

In a recent poll amongst physicists about which experiments they rated the most beautiful the following results were found:


Thomas was not well known as a communicator of his science, nevertheless he composed a two volume set - A course of lectures on natural philosophy and the mechanical arts- published in 1807 (HERE)

From Volume 1 is Thomas's description of a ripple tank demonstration of interference in water waves.

LECTURE XXIII - ON THE THEORY OF HYDRAULICS


Many of the phenomena of waves may be very conveniently exhibited, by means of a wide and shallow vessel, with a bottom of glass, surrounded by sides inclined to the horizon, in order to avoid the confusion which would arise from the continual reflections produced by perpendicular surfaces, the waves may be excited by the vibrations of an elastic rod or wire, loaded with a weight, by means of which its motions may be made more or less rapid at pleasure; and the form and progress of the waves may be easily observed, by placing a light under the vessel, so that their shadows may fall on a white surface, extended in an inclined position above. In this manner the minutest inflections of the surface of the water may be made perfectly conspicuous.

When two equal series of circular waves, proceeding from centres near each other, begin their motions at the same time, they must so cross, each other, in some parts of their progress, that the elevations of the one series tend to fill up the depressions of the other; and this effect may be actually observed, by throwing two stones of equal size into a pond at the same instant; for we may easily distinguish, in favourable circumstances, the series of points in which this effect takes place, forming continued curves, in which the water remains smooth, while it is strongly agitated in the intermediate parts. These curves are of the kind denominated hyperbolas, each point of the curve being so situated with respect to its foci, as to be nearer to one than the other by a-certain constant distance. (Fig. 267.) 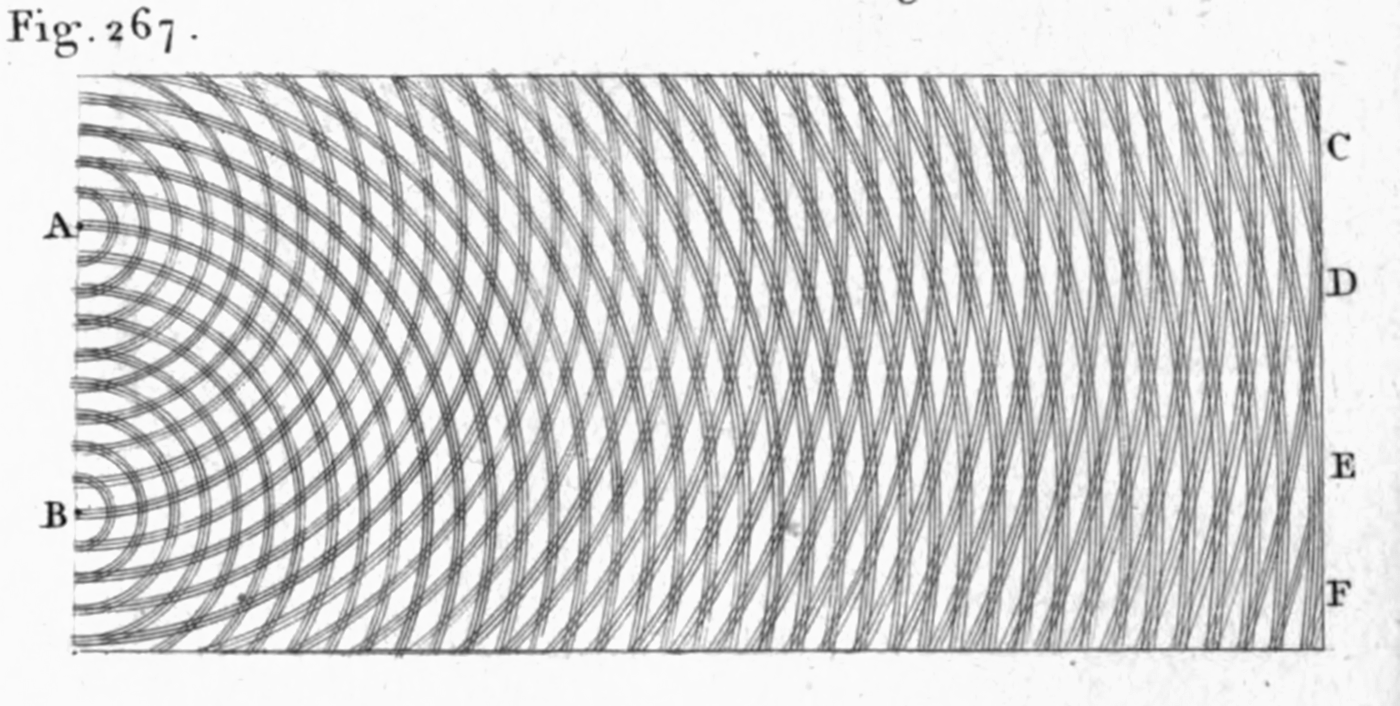 Fig. 267. Two equal series of waves, diverging from the centres A and B, and crossing each other in such a manner, that in the lines tending towards C, D, E, and F, they counteract each other's effects, and the water remains nearly smooth, while in the intermediate spaces it is agitated.
Posted by Matt at 07:04