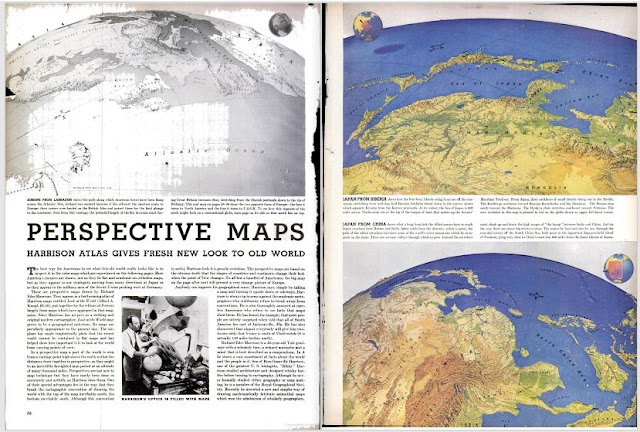 The article described Harrison's process - the six steps are summarised below.

It is interesting to see what ingenuity he needed to create his distinctive views of the World. Standard maps created using the Mercator projection did not give him the specific viewpoints he was after. He therefore directly photographed a globe so that he could get the right perspective distortions of the shapes of countries right and the right curvature of the Earth. 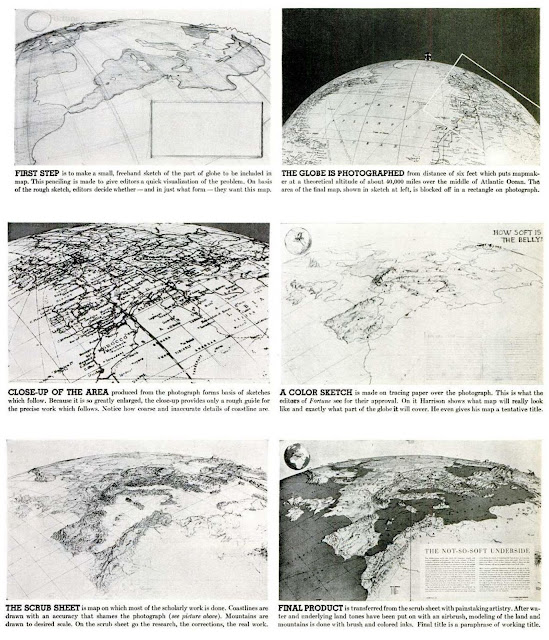 The finished map above appeared under the title The Not-so-soft underside. A later version was published under the heading Europe from the South-West in 1944 by Alfred A. Knopf in Look At The World: The Fortune Atlas For world Strategy. 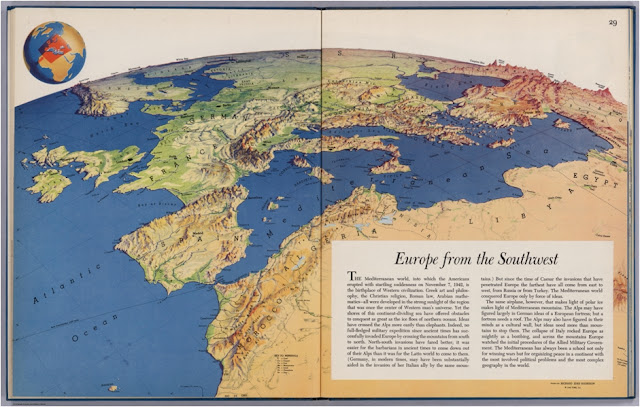