The Terminology of Perspective of Joseph Moxon.

From the Tate collection.

The Terminology of Perspective of Joseph Moxon, Lecture Diagram 14  circa 1810.

Pen and ink and watercolour on paper

Accepted by the nation as part of the Turner Bequest 1856


Turner’s second lecture was devoted to theterms and procedures of standard perspective. He included terminology used by now lesser known writers, such as the English hydographer and mathematician Joseph Moxon. Turner owned a copy of his manual Perspective, or Perspective Made Easie, published about 1670, which included pop-up illustrations. 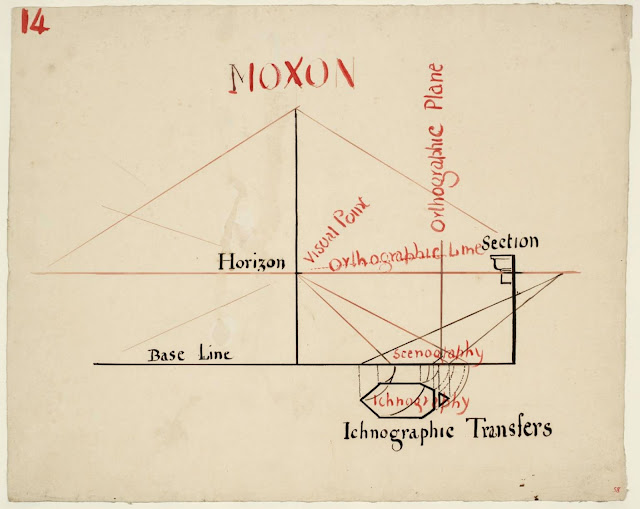