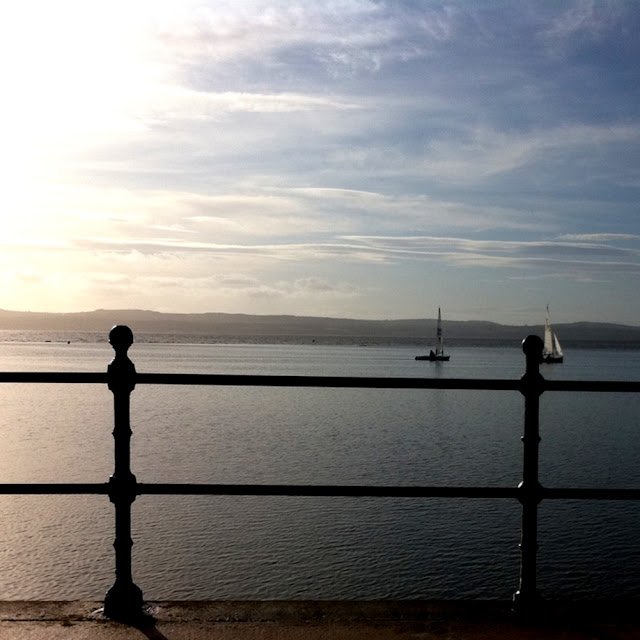 Bill Ryder-Jones is a musician who lives and works in my home town of West-Kirby. As a teenager he played in The Coral, leaving it to go solo in 2008. His latest album Yawny Yawn was released in 2019, it's a solo piano re-working of an earlier album called Yawn. He has a small studio in the town, also called Yawn, which is located in a quiet back street close to the sea front (he has his coffee breaks at the Aubergine - the cafe my son works at). His lyrics have some of the tenderness and strangeness of other bands from this part of the world - such as Echo and the Bunnymen.  Examples include: 'There’s a fortune to be had from telling people you’re sad' and the following couplet: 'I remember what we did and when / and the smell of your breath / and even all the names of your dickhead friends'.

From a piece in The Quietus on him (HERE) the following:

Ryder-Jones holds great affection for West Kirby, a picturesque town near the coast, seven miles from Birkenhead. “If you turn left out of my mother’s house you can see the river Dee and North Wales,” he describes. “I love being at the water, I walk the long way to my studio every day so I can be by it. I walk from my house to the studio through a lovely park, then on to the beach and back around, it’s one of my favourite places in the world. It’s funny how I tried to escape it for all of my 20s before I gave in and said ‘this is where I’m meant to be’. I still live in my West Kirby bubble, and I live there mainly because no one cares what I do. If I go to Liverpool, people say ‘oh I like your music,’ whereas in West Kirby they just remember me from school. Or they wanna ask how The Coral are doing,” he laughs.