Below is The Open Door by William Henry Fox Talbot from his book The Pencil of Nature. It is a classic Camera image. An image created by, or similar to, an optical projection seen within a camera - either captured by an artist within a camera obscura or captured chemically or electronically in a modern camera. These images have some typical features; often highly detailed, captured from a monocular position, frozen in time as if by a shutter mechanism, obey or approximate the laws of perspective, include shadowing due to strong directional lighting and foreshortening.

More on the creation of this image HERE by Prof Larry J Schaaf - part of the growing online William Henry Fox Talbot Catalogue Raisonné hosted by the Bodleian library at Oxford. 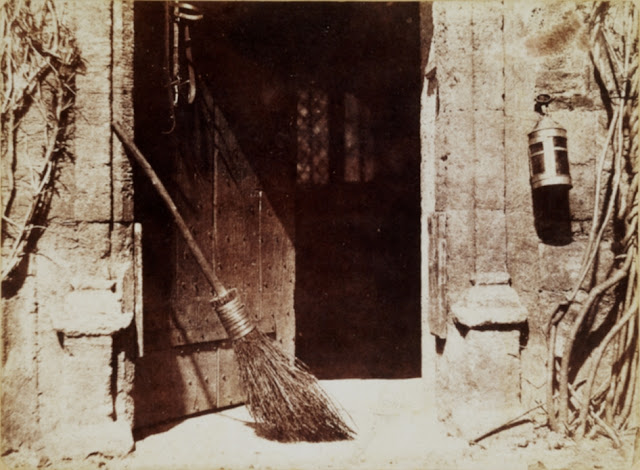