This is my latest book project. 100 two-page spreads based around images from the Internet Archive.

In the late 1930's the British science fiction writer H.G. Wells described his vision of what he called a World Brain or World Encyclopaedia. He imagined that in the near future, scholars would have easy access to a complete catalogue of the World's knowledge;

The phrase `Permanent World Encyclopaedia' conveys the gist of these ideas. As the core of such an institution would be a world synthesis of bibliography and documentation with the indexed archives of the world. A great number of workers would be engaged perpetually in perfecting this index of human knowledge and keeping it up to date.

Until the late 1980's, the closest thing a scholar could get to an indexed archive of the world was one of the huge collections of material that had been amassed in the Library of  Congress, British Library or other National archive. These are immense repositories. The Library of Congress has 32 million books within a total of 150 million items and the British Library has a similar number of items. When archives get this vast they can be quantified more easily by the number of miles of shelving they have than the number of items; more than 800 miles in the Library of Congress.

Archives only reveal their secrets to those people who can physically get to them and learn how to penetrate the arcane rituals that seem to accumulate around such institutes. The experience of studying archive material first hand is lucidly described by the French historian Arlette Farge in her essay The Allure of the Archives (published in 1989 and recently translated into English). This book describes the author's experience of using the French national archives to understand daily life in the 1780's;


The archivist, speaking very quietly, takes out a volume from behind him, and, with his fingertips, traces the printed lines of numbers preceded by capital letters. Then, softly, he leads the young man to the long row where the indexes are kept. He takes down six or seven volumes, picking them out without hesitation. He opens them up, points to the long columns of numbers, closes them, puts down the books, picks up others, explains, and returns to his desk to consult a set of file cards tightly squeezed into a beige shoe box.

Locating documents by looking up numbers in large index tables is difficult and slow for human beings, but it is precisely what computers and the internet are good at. Now, more than six decades after H.G. Wells' first imagined it, the World Brain is beginning to become a reality.

Prompted by the widespread adoption of internet technology, major archives and libraries around the world are now digitising their book collections and making them available to a wider public. Perhaps 20 or 30 million books have already been scanned and digitised. The type of raw material that Arlette Farge describes - the traces of daily life tied up in tickets, receipts, court records and records of scientific expeditions and experiments - largely remain in physical archives, untouched by digitising machines.

On the basis of wholesale book scanning one organisation, the Internet Archive, has started to provide an interface to what may become a World Encyclopaedia. They have a mission of  providing universal access to all knowledge, and with some effort it is possible to find all sorts of gems.

When I was growing up there was no Internet Archive (or Google or Wikipedia or the Internet). In order to learn about something you didn't understand, you needed to use an encyclopedia, by which I mean a set of bound volumes of printed papers. The most comprehensive encyclopedia that was generally available was the Encyclopedia Britannica, which prided itself on the quality and accuracy of its entries. Unfortunately, a full set of Britannica volumes was both expensive and difficult to navigate -- on average those families who owned the full set only opened the volumes once or twice a year.

We were the proud owners of a battered set of Newnes Pictorial Knowledge.  What the Pictorial Knowledge lacked in gravitas and authority versus the Encyclopedia Britannica, it made up for in pictures. The editors had decided that their intended audience of young readers would respond better to pictorial information than text and they had filled their volumes with illustrated entries. I would happily spend hours flicking through these volumes at random. To learn how a tennis  ball was made. Or look at a colour cut away of an early passenger aircraft. Or the latest in mechanical looms.

On the basis of this form of self-guided pictorial education, I can still remember how to use a straw filled pit to slow cook a meal, the deep sea explorations of the Bathyscaphe Trieste and how pioneering engineers had laid telegraph cables on the ocean floor. Some of my most vivid memories from the Pictorial Knowledge are the photos and text that described the Bell  X1 experimental planes flown by Chuck Yeager. The X1 looked like a bullet with wings and, perhaps appropriately, it became airborne by being dropped from the bomb bay of a modified B29 bomber. Yeager broke the sound barrier in the X1 in October 1947.

Aimlessly leafing through encyclopedias, books and dictionaries is an old fashioned way to learn new things. The brilliant American sociologist Robert K. Merton was casually flicking through volume nine of the Oxford English Dictionary in the early 1940's when he stumbled upon the word serendipity. His discovery of the word led him to write a book on the role that serendipity plays in scientific discovery. Modern familiarity with the concept tracks back to Merton's (serendipitous) discovery of the word, which had been coined in 1754 by the English gentleman Horace Walpole in a letter to his friend Horace Mann;


This discovery, indeed, is almost of that kind which I call Serendipity, a very expressive word, which as I have nothing better to tell you, I shall endeavour to explain to you: you will understand it better by the derivation than by the definition. I once read a silly fairy tale, called the three Princes of Serendip: as their Highnesses traveled, they were always making discoveries, by accidents and sagacity, of things they were were not in quest of...

I still enjoy flicking through encyclopedias at random; both physical and virtual. Although necessarily different from my readings of  Newnes Pictorial Knowledge, my self-guided journey through the Internet Archive is driven by the same desire to explore. The book is structured as a collection of two-page spreads. The images were often selected because of the visual impact they had on me as I searched. Each two-page spread matches the image with a deliberately non-encyclopaedic entry; a short comment, reflection or connection. I have begun to think of these two-page spreads as postcards from the archive.

Arlette Farge ends her book with a comment on what we should do with archives; We cannot bring back to life those whom we find cast ashore in the archives. But this is not a reason to make them suffer a second death. This book aims to help save the ideas, images and people we find in the Internet Archive from a second death, and in the process help readers to make their own discoveries of things that they were not in quest of. 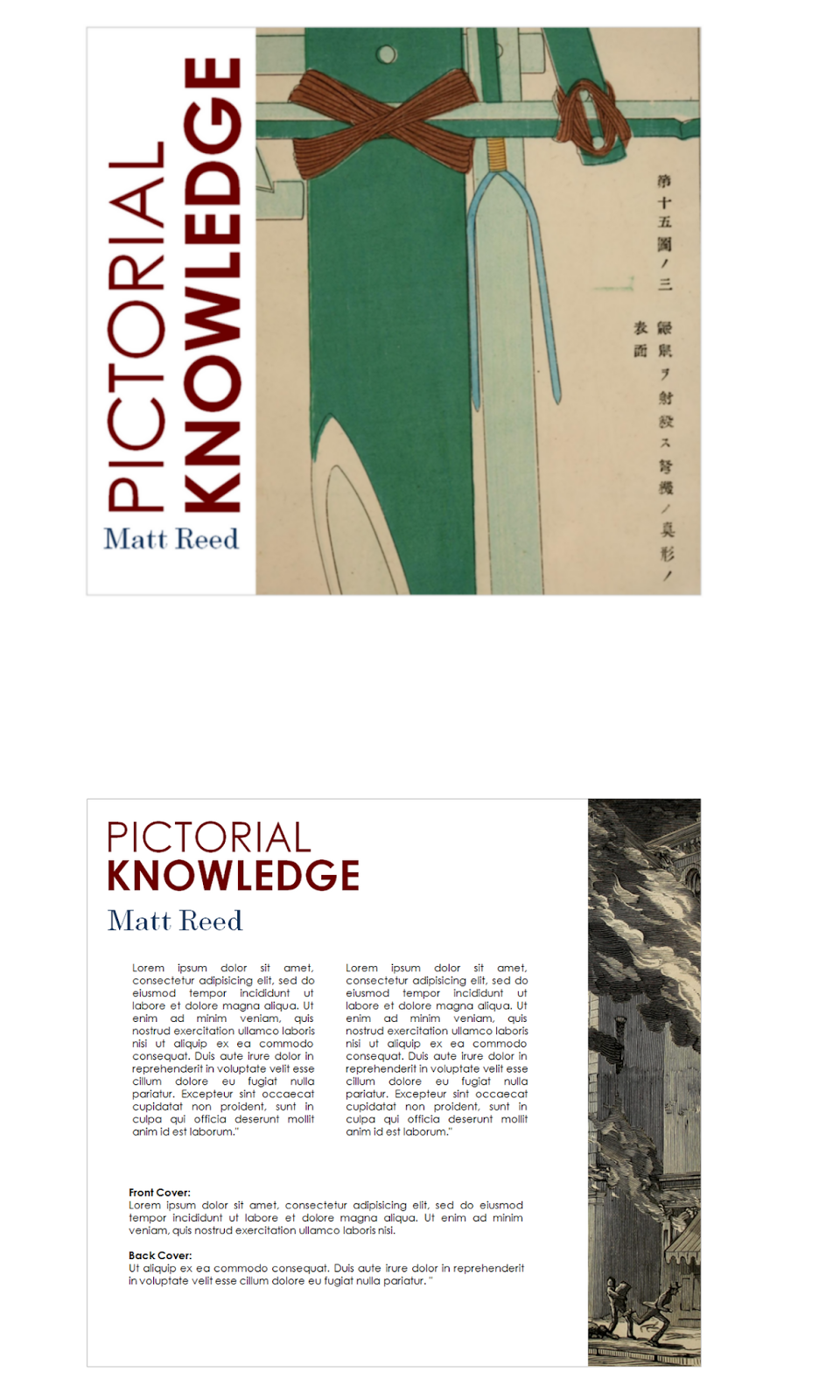