The Titanic sank in April 1912. The last port it called at before it sank was Queenstown in Ireland, just outside Cork city (Queenstown is now called Cobh).


In 1912 my maternal grandmother Catherine Cummins was 20. She lived with her family at 10 Ballyvoloon, part of Cloyne Terrace, Queenstown.


In the 1911 census her family consisted of;


Below is an image of Queenstown Harbour from circa 1900. 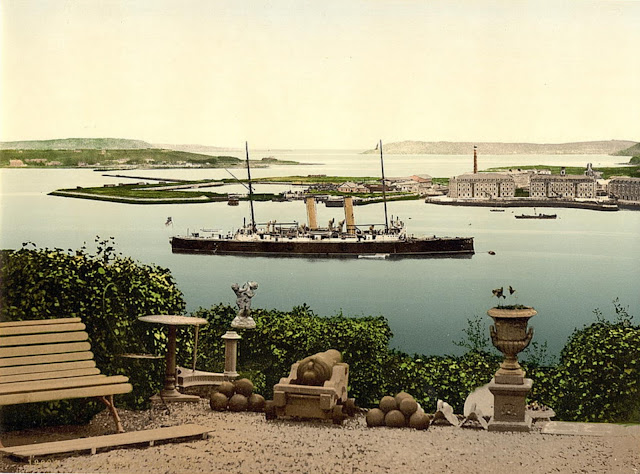