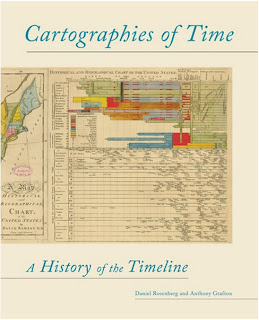 Cartographies of Time is a superb illustrated book from Princeton Architectural Press that unearths the history of attempts to render time graphically.


The blurb goes as follows;

What does history look like? How do you draw time?

From the most ancient images to the contemporary, the line has served as the central figure in the representation of time. The linear metaphor is ubiquitous in everyday visual representations of time--in almanacs, calendars, charts, and graphs of all sorts. Even our everyday speech is filled with talk of time having a "before" and an "after" or being "long" and "short." The timeline is such a familiar part of our mental furniture that it is sometimes hard to remember that we invented it in the first place. And yet, in its modern form, the timeline is not even 250 years old. The story of what came before has never been fully told, until now.

Cartographies of Time is the first comprehensive history of graphic representations of time in Europe and the United States from 1450 to the present. Authors Daniel Rosenberg and Anthony Grafton have crafted a lively history featuring fanciful characters and unexpected twists and turns. From medieval manuscripts to websites, Cartographies of Time features a wide variety of timelines that in their own unique ways--curving, crossing, branching--defy conventional thinking about the form. A fifty-four-foot-long timeline from 1753 is mounted on a scroll and encased in a protective box. Another timeline uses the different parts of the human body to show the genealogies of Jesus Christ and the rulers of Saxony. Ladders created by missionaries in eighteenth-century Oregon illustrate Bible stories in a vertical format to convert Native Americans. Also included is the April 1912 Marconi North Atlantic Communication chart, which tracked ships, including the Titanic, at points in time rather than by their geographic location, alongside little-known works by famous figures, including a historical chronology by the mapmaker Gerardus Mercator and a chronological board game patented by Mark Twain. Presented in a lavishly illustrated edition, Cartographies of Time is a revelation to anyone interested in the role visual forms have played in our evolving conception of history. 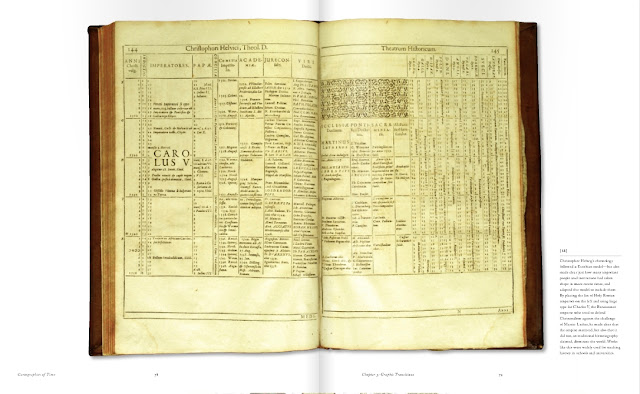