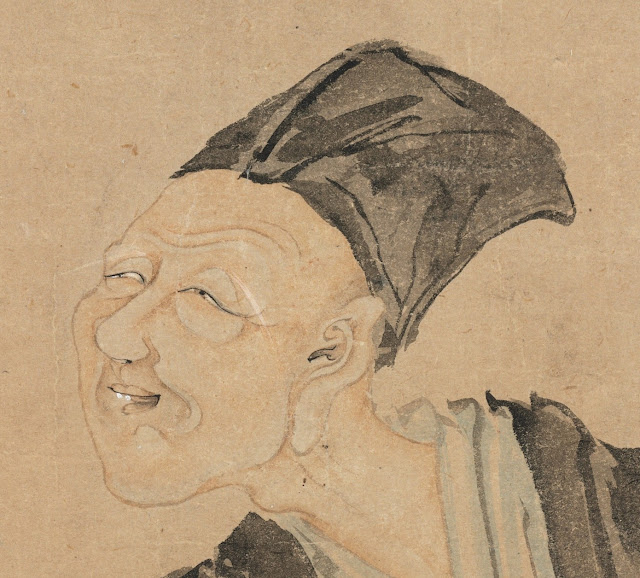 
When I share my idea with you, then not only do I keep hold of my idea, but you also get access to it. And vice-versa. Or at least, that’s what the saying suggests will happen. The reality is of course more complex. We will more likely end up with at least four ideas after this type of exchange rather than two. Even if an idea is written down, it cannot be shared exactly with someone else. In its simplest form then, idea-exchange must involve translation. We exchange ideas all the time, and we are therefore translating ideas all the time. Idea exchange and translation are two of the basic operations on which all knowledge economies are built.


Translation is real work. It is always creative, and it is often difficult. Very often translation is asymmetrical, in a specific idea exchange, one of the two people involved will put more energy into the exchange and translation than the other.


One way to think about the quantity of work that is involved in translation is to use an idea developed by the American anthropologist David Graeber. He defines Interpretive Labour as, ‘…equal to the energy put into explaining an idea, plus the energy needed to understand it’. These amounts of energy cannot be quantified precisely, but some of the factors influencing the quantity of interpretive labour involved in a specific translation include: the level of fluency each person has in the different languages, the acceptability of a partially formed or tentative translation, and the distance between the source and destination.


Poetry is the most enigmatic of literary forms. It often relies on layers of allusion and linguistic sophistication for its emotional and aesthetic power. Poetry is rarely unambiguous, even for languages that share common roots, such as English and French. Translating poetry between languages with much larger structural differences, such as from Japanese to English, or vice-versa, is much more difficult.


The celebrated Japanese writer Matsuo Bashō (1644-1694) took a long trip across Japan in May 1689. This trip gave rise to his most celebrated travel journal, Oku no Hosomichi (奥の細道), a title usually translated as Narrow Road to the Deep North. Earlier in the same year Bashō had been staying with a friend when he wrote the following fragment of poetry:


This verse was composed by Bashō on February 7th 1689 as the opening hokku in a linked set of verses. He and other poets, including Tanzan, Sora, Shikin, and Ranran were gathered at an inn in Edo where a poet from Õgaki called Tōzan was staying.


A full translation of this short poem requires work at multiple levels of complexity. Much of the following has been guided by the translation given by Oshiharu Oseko from his wonderful book Basho’s Haiku: Literal translations for those who want to read the original Japanese text, with grammatical analysis and explanatory notes.  (1990).


Firstly, the poem’s form. Although this type of poem is now known generically as a haiku, it was classically known as a hokku. It usually included a season word to indicate when it was written, and was composed of 17 Japanese on – discrete short syllables such as ka, ri, and to. These syllables are shorter and more similar in length than many English syllables. Barnhill describes the hokku structure as a rhythm of five-seven-five Japanese on.


When rendered into a form that an English reader can begin to engage with (Romaji script), Bashō’s hokku now reads as:


An English reader can use this transliteration from Kanji to Romaji to hear an approximation of what the original Japanese might have sounded like. The vowels and consonants are pronounced much like in English, with little or no emphasis on different syllables within the words. So the sounds that Bashō first captured with his poet friends in Edo in 1689 can, to some extent at least, be brought back to life with our own voices today.


But what does it mean? Oseko’s translation into a three line verse, is as follows:


A shimmer of warm air


Rises up from the shoulders


Of my paper robe


Other translations largely agree with this rendering. Barnhill translates this hokku as:


shimmering from the shoulders


of my paper robe


In one sense then, we have a translation. But even this translation may best be thought of more accurately as a compound of two translations: firstly from the original Kanji into a roughly phonetic form in Romaji, and then into English. For many readers of English, the full meaning of this poem is still obscure. What is a paper robe?  Why would Bashō comment on the warm air? What does he mean by shimmer? And how does this succinct poem reflect on the cultural and personal context in which it was composed? These levels of translation remain unexplored.


The beauty of Oseko’s book is that he describes the meaning of each Japanese word in each line in the poem. So we learn that the second line of the Romaji version -  waga kata ni tatsu is word by word equivalent to:


kata: a shoulder or shoulders


ni: a particle meaning: at, on, or from

And Oseko’s translation of this portion is now clear Rises up from the shoulders (of my…).


The last line – Of my paper robe, elicits a question from a modern reader. It implies that a Japanese traveller like Bashō would have worn paper clothing to keep warm in winter. Surprising though this may seem to a modern reader, it is true. At the time that Bashō was writing this poem, the use of Kamiko – paper clothing such as the washi paper made from kozo (mulberry) fibres in Shiroishi, was widely worn as clothing.

One final thing to keep in mind in reading translations of hokku is that the abbreviated form of the original inevitably left some room for the reader to infer what was missing – based on cultural allusions or their own preferences – meaning these short poems can create multiple interpretations. Translations of hokku do not generally benefit from the insertion of explanatory extra words. Not only is this approach clumsy, but as Barnhill notes: ‘We should not be in a hurry to eliminate ambiguity if it is part of the poetry of the original text.’


Arthur Waley (1889 – 1966) was an English translator of classical Chinese and Japanese literature. He was very highly educated and cultured, but fundamentally not an academic. He taught himself classical Chinese and Japanese, yet never visited either country. He translated for nearly sixty years and wrote prolifically. His translation of the eleventh century Japanese classic, The Tale of Genji, runs to more than 700,000 words in 6 volumes. His highly regarded, Monkey, was an abridged translation of the sixteenth century Chinese classic Journey to the West by Wu Cheng'en. It is more than 320 pages long. Waley was both a translator, and a poet, one recent critic notes that:


There are many westerners whose knowledge of Chinese or Japanese is greater than his, and there are perhaps a few who can handle both languages as well. But they are not poets, and those who are better poets than Waley do not know Chinese or Japanese.


In a fascinating article in The Atlantic Monthly (1958), called Notes on Translation: Unlocking the Chinese Poets, Waley makes detailed comparisons of different attempts to translate from Chinese and Japanese classics, and the Bhagavad Gita. He describes his own experiences, and how best to translate. One especially clear lesson from Waley is that, ‘The translator must use the tools that he knows best how to handle’. By way of illustration he describes the translation career of a Chinese translator Lin Shu (1852 – 1924). Once, Lin Shu was asked why he had translated the works of Charles Dickens into ancient Chinese, rather than into a more modern and colloquial Chinese, he replied: ‘Because ancient Chinese is what I am good at.’


Lin Shu translated more than 160 translations into Chinese over a twenty five year period. Waley re-counts that in 1907 he published translations of Walter Scott’s The Talisman and The Betrothed, both The Old Curiosity Shop and Nicholas Nickleby by Charles Dickens, and works by Washington Irving, Arthur Morrison, and Conan Doyle.  The most remarkable aspect of Lin Shu’s career as a translator is that he didn’t know any of the European languages he was translating from. Instead, for each of his translations he worked with a young collaborator who was able to directly translate orally into colloquial Chinese, from which Lin Shu would create a work of literary Chinese. In Lin Shu’s preface to Dickens's The Old Curiosity Shop, he describes his method:


I have no foreign languages. I cannot pass for a translator without the aid of several gentlemen, who interpret the texts for me. They interpret, and I write down what they interpret. They stop, and I put down my pen. 6,000 words can be produced after a mere four hours' labour. I am most fortunate to have my error-plagued, rough translations kindly accepted by the learned.


This method, unusual though it sounds, created good results. Waley is complimentary about Lin Shu’s translations of Dickens: ‘… the results are not at all grotesque. Dickens, inevitably, becomes a rather different and to my mind a better writer’.


Perhaps the most profound lesson that Arthur Waley communicates in his article about translation is included as an aside close to the end of the piece: ‘…it is almost always better for the translator to be writing in his own language’.