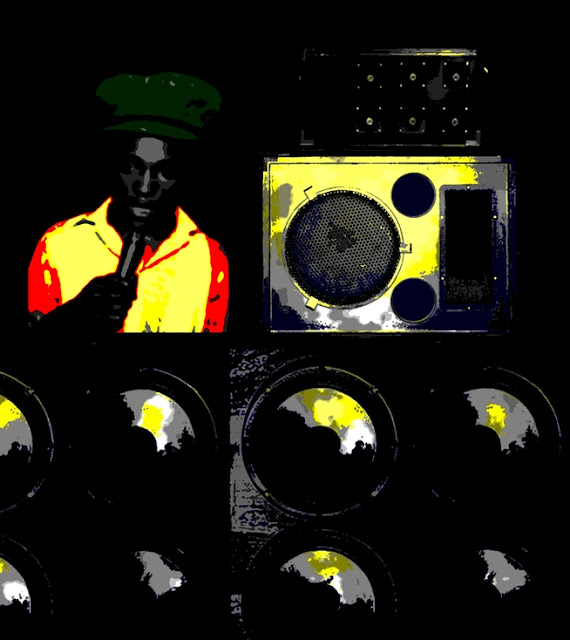 In 1978, I bought an album of Rocksteady songs that had been recorded in 1970 at the Treasure Isle Studios in Kingston Jamaica. This album, Version Galore, was by a legendary performer known as U-Roy, who used a mix of singing and chanting over existing musical tracks to raise the interest of the people attending the huge open air Sound System parties that are a core part of Jamaican city life. To me this music was almost literally from another planet.

Later, in the mid 1980s, I attended St Pauls Carnival in Bristol, and Notting Hill Carnival in West London. A core part of the experience is to be shaken by the massive custom built sound systems speaker stacks (which are called House of Joy).

Here, is a celebration in The Guardian of the role that sound systems play in Notting Hill Carnival - and a map of where to find them.