The Photocopier in Art

The American author and artist Pati Hill (1921-2014) died recently. After writing a number of novels she became interested in the visual arts and focused on the IBM photocopier as an artistic device (later persuading IBM to lend her one).

An obituary in the New York Times HERE and article in Paris Review HERE.

Below a detail from one of her famous installations from 1978 that comprised of 34 Black and White photocopies of a dead swan she had found. 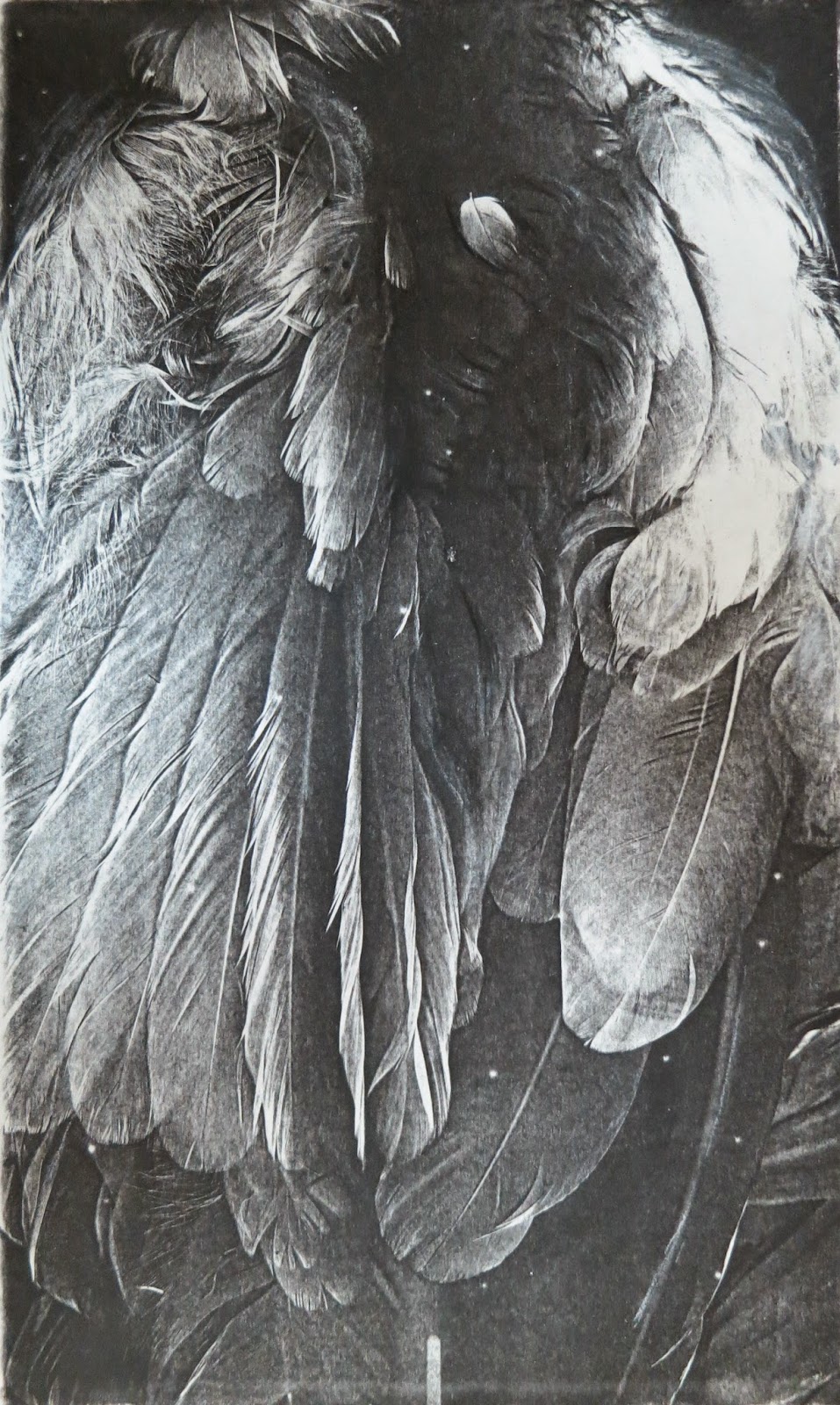 Image from HERE - where in 2016 there will be a retrospective of her art.

Her book on Photocopying art Letters To Jill  was published in 1979 (HERE).