The art of scientific investigation (1957) 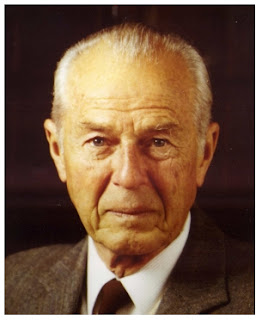 It is tricky to find out much about him on the internet. But there is THIS fabulous book by Beveridge - a fascinating personal description of what Beveridge thought was important to scientific researchers in biology, based on his own experience of experimental work.


Here is an example of Beveridge's thoughts;

The role of hypothesis in research can be discussed more effectively if we consider first some examples of discoveries which originated from hypotheses. One of the best illustrations of such a discovery is provided by the story of Christopher Columbus' voyage; it has many of the features of a classic discovery in science. (a) He was obsessed with an idea—that since the world is round he could reach the Orient by sailing West, (b) the idea was by no means original, but evidently he had obtained some additional evidence from a sailor blown off his course who claimed to have reached land in the west and returned, (c) he met great difficulties in getting someone to provide the money to enable him to test his idea as well as in the actual carrying out of the experimental voyage, (d) when finally he succeeded he did not find the expected new route, but instead found a whole new world, (e) despite all evidence to the contrary he clung to the bitter end to his hypothesis and believed that he had found the route to the Orient, (f) he got little credit or reward during his lifetime and neither he nor others realised the full implications of his discovery, (g) since his time evidence has been brought forward showing that he was by no means the first European to reach America.

Beveridge also served as a reserach bacteriologist at McMaster Animal Health Lab Sydney, a Commonwealth Fund service fellow at Rockefeller Institute Princeton NJ and at the Bureau of Animal Industry in Washington DC.
In 1972 Beveridge published a book, Frontiers in Comparative Medicine, outlining his views in this area of science.

A full obituary of Beveridge that was published in the Sydney Morning Herald in 2006 is HERE.