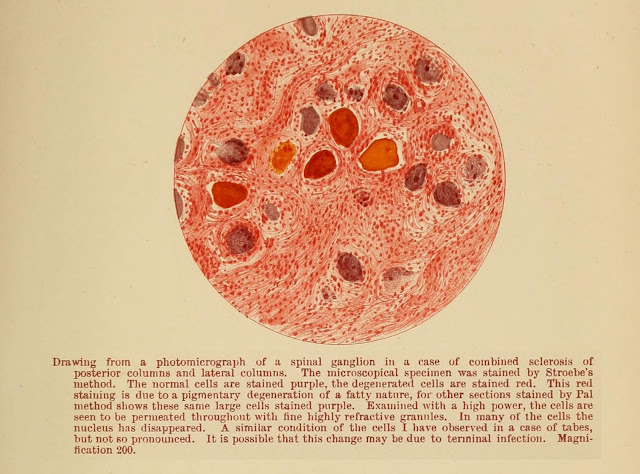 Natural Science. Lewis Thomas
From New England Journal Medicine 288 pp 307-308 February 8, 1973.
I don't know of any other human occupation, even including what I have seen of art, in which the people engaged in it are so caught up, so totally preoccupied, so driven beyond their strength and resources.

Scientists at work have the look of creatures following genetic instructions; they seem to be under the influence of a deeply placed human instinct. They are, despite their efforts at dignity, rather like young animals engaged in savage play. When they are near to an answer their hair stands on end, they sweat, they are awash in their own adrenalin. To grab the answer, and grab it first, is for them a more powerful drive than feeding or breeding or protecting themselves against the elements.

It sometimes looks like a lonely activity, but it is as much the opposite of lonely as human behavior can be. There is nothing so social, so communal, and so interdependent. An active field of science is like an immense intellectual anthill; the individual almost vanishes into the mass of minds tumbling over each other, carrying information from place to place, passing it around at the speed of light.

There are special kinds of information that seem to be chemotactic. As soon as a trace is released, receptors at the back of the neck are caused to tremble, there is a massive convergence of motile minds flying upwind on a gradient of surprise, crowding around the source. It is an infiltration of intellects, an inflammation.

There is nothing to touch the spectacle. In the midst of what seems a collective derangement of minds in total disorder, with bits of information being scattered about, torn to shreds, disintegrated, deconstituted, engulfed, in a kind of activity that seems as random and agitated as that of bees in a disturbed part of the hive, there suddenly emerges, with the purity of a slow phrase of music, a single new piece of truth about nature.

In short, it works. It is the most powerful and productive of the things human beings have learned to do together in many centuries, more effective than farming, or hunting and fishing, or building cathedrals, or making money. It is instinctive behavior, in my view, and I do not understand how it works.

It cannot be prearranged in any precise way; the minds cannot be lined up in tidy rows and given directions from printed sheets. You cannot get it done by instructing each mind to make this or that piece, for central committees to fit with the pieces made by the other instructed minds. It does not work this way.

What it needs is for the air to be made right. If you want a bee to make honey, you do not issue protocols on solar navigation or carbohydrate chemistry, you put him together with other bees (and you'd better do this quickly, for solitary bees do not stay alive) and you do what you can to arrange the general environment around the hive. If the air is right, the science will come in its own season, like pure honey.