The elastic skin which is water's epidermis.

Ordinary water displays a strange property which is known as surface tension - it is almost as if water has a 'skin' of its own.

From the novel Exploits and Opinions of Dr. Faustroll, Pataphysician by the French author Alfred Jarry (1873 - 1907), comes the following lyrical piece on the strange phenomena of  surface tension.  It is dedicated, quite rightly, to the English scientist C.V. Boys, who famously lectured on the science of surface tension and soap bubbles.
To C.V. Boys

It is probable that you have no conception, Panmuphle, writ-carrying bailiff, of capillarity, of surface tension, nor of weightless membranes, equilateral hyperbolae, surfaces without curvature, nor, more generally, of the elastic skin which is water's epidermis.

The novel features the pataphysician Doctor Faustroll, a Circassian scientist who was born in 1898 at the age of 63, and who died the same year at the same age. His sidekick is a lawyer, Panmuphle, who narrates their adventures as they travel over a sea that is superimposed over the streets and buildings of Paris. The above is taken from an English translation by Simon Watson Taylor (HERE).

The following images from C.V. Boys volume of lectures on Soap bubles, their colours and the forces which mould them (1916) HERE. 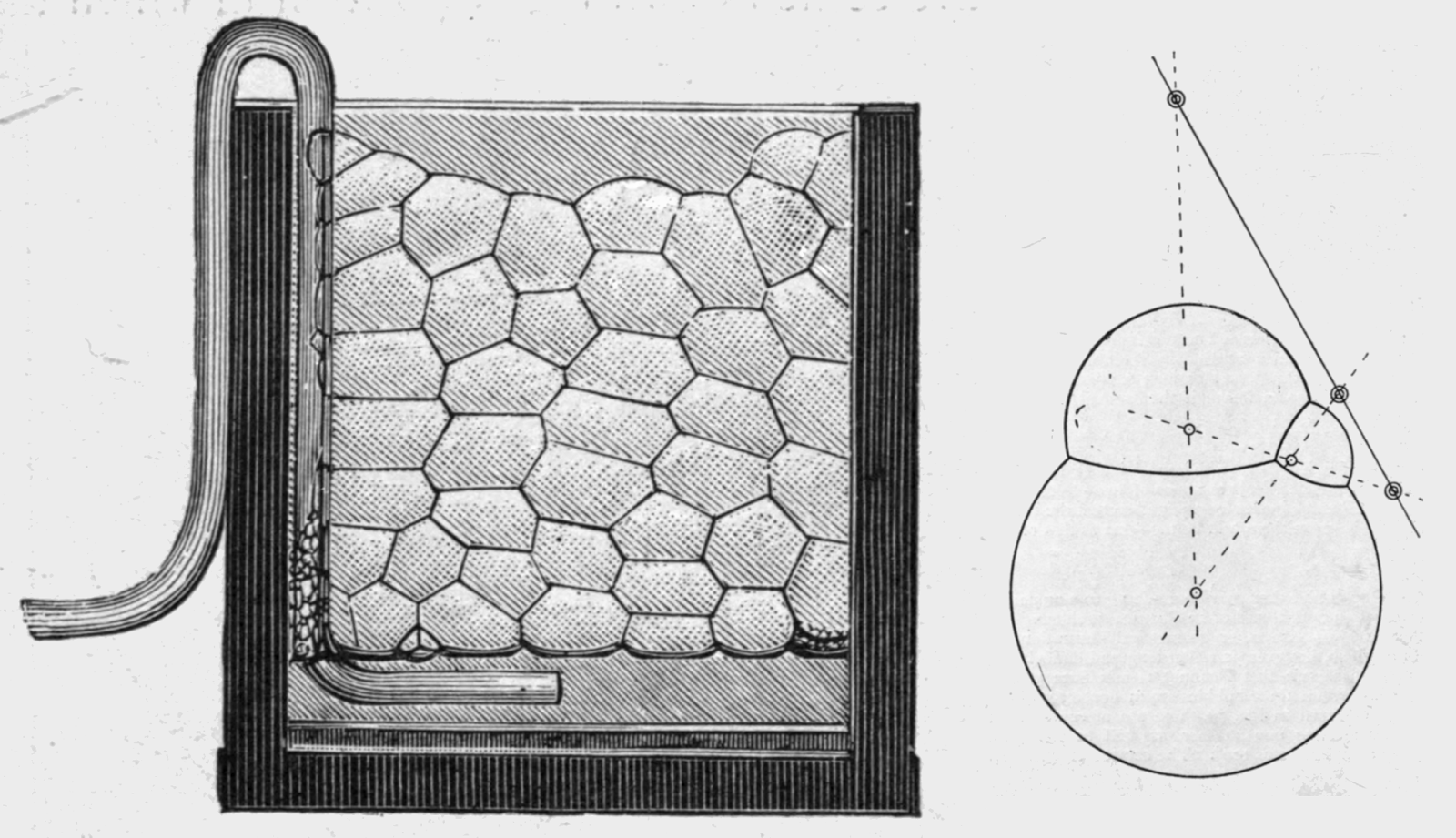